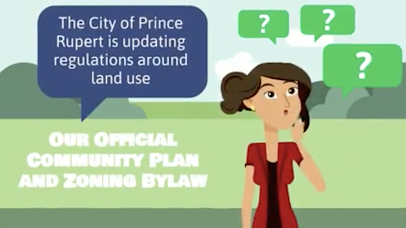 Prince Rupert City Council has followed up on last weeks council session discussion on the proposed Official Community plan and associated zoning changes, making use of a video and other information to share some background with the public.

As we outlined last week, City Council provided for a bit of debate and then the First and Second reading towards the adoption of the new Zoning Bylaws, a procedural move that was commented on by Councillor Barry Cunningham who called for as wide an availability as possible for the information that was presented.

"One thing that I think is important with this OCP is the availability if anyone wants to look it up online, cause it's quite a large document and it's going to affect just about every aspect of our city. And you know, I know from past OCP's and that three years after the fact, people well I didn't know anything about that, things like that, so I'm really hoping there's an availability that if anyone wants to go on line and look this up they will find it" -- Councillor Barry Cunningham

The City response to that call for more engagement by charting the course forward for the public with a Social Media message on Monday which included this link to the Draft Zoning Bylaw, which features the text of the Bylaw, and two Zoning maps.

The City has also provided for a short instructional video that highlights some of the key elements of the work ahead towards Zoning and the Official Community Plan.

At last week's Council session, Councillor Nick Adey spoke to the desire to make sure that the public has an opportunity to review the documents in question and ask questions or make comments in a public setting.

"The whole concept of public hearing has become very much more different, so I'm interested in what plans there are to ensure that we can have a robust public process so that people can have access to us to adequately address their concerns" -- Councillor Nick Adey 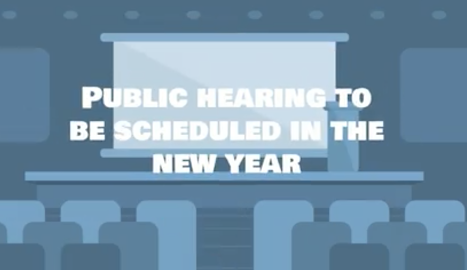 Something that the Mayor noted while still part of the Council planning is an element that they would have to play by ear, as COVID-19 regulations may impact on those desires to host a public gathering on the topic in the new Year.

"We were going to try to do a public meeting at this meeting for the OCP and obviously due to the health orders we've delayed it and I think at this point we're going to just have to play it out by ear when it's appropriate for us to be able to host a public hearing. I don't think we rush into getting this complete until such time as this community has  an ability to participate ... I think we're going to have to reassess in the new year and figure out what the right time is going to look like" -- Mayor Lee Brain

You can review some of our past notes on the City's vision planning for the OCP and other themes from our archive page here.

Further notes on past Council Discussion themes can be explored from our archive page.