BC government looking to resolve dispute over Nasoga Gulf 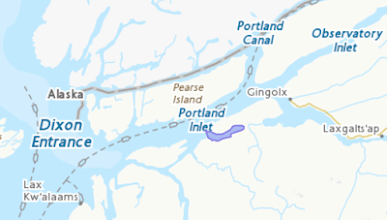 Provincial officials are reportedly looking to bring a number of area First Nations together to resolve a long standing dispute over an area of Portland Inlet known as Nasoga Gulf.

According to the provincial publication The Tyee, the British Columbia Government has been talking with the Nisga'a Lisims Government as well as the Lax Kw'alaams Band and Metlakatla First Nation; though the publication doesn't have any details on the scope of those discussions and the three First Nations are keeping their comments to themselves for the moment.

The Tyee article does however provide for some extensive review of the proposed sale and the push back from the neighbouring First Nations, which at the time included concerns that the Nisga'a Nation was looking to purchase the land with an eye towards industrial development at one time considering an LNG facility for the shoreline of Portland Inlet.

And while any proposed North Coast LNG ambitions seem to have faded in recent years, the article does offer up a few thoughts on what the Nisga'a Lisims Government may have in mind for the land in the future.

We first began compiling some notes on the dispute in the summer of 2019, though the current of conversation remained for the most part out of the public eye through this past year. 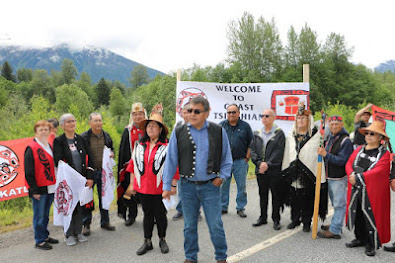 In June of 2019 the Lax Kw'alaams Band and Metlakatla First Nation set up an information checkstop on Highway 16 to share their concerns over the proposed sale.

You can review our past notes from our archive page here.