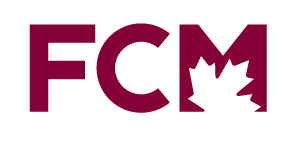 The Federal Government and the Federation of Canadian Municipalities have announced a number of infrastructure funding programs for British Columbia, with Prince Rupert among the list of seven successful communities.

For the City of Prince Rupert, $87,000 will go to assessing the feasibility of green infrastructure solutions—like engineered wetlands—to avoid the high capital costs of separating the city’s combined sewer while meeting federal wastewater regulations and discharge requirements.

So far, the City has not outlined what those engineered wetlands will look like or where they will be located.

The money comes from the Green Municipal Fund, a 1 billion dollar fund created by the Government of Canada and delivered through the Federation of Canadian Municipalities.

Since 2000, GMF has helped bring over 1360 projects to life. GMF projects have cut 2.7 million tonnes of greenhouse gas emissions—the equivalent of taking 608,000 cars off the road. GMF supports local innovation that can be replicated and scaled up across the country to tackle Canada’s climate challenges. GMF has created over 11,700 jobs across the country.

To date there has been over $4.3 billion invested in infrastructure projects in the province.

A look at the full distribution list for the most recent announcement can be reviewed here.

Further notes on some of the City's green sustainability solutions can be found here.