A very brief notice on the City of Prince Rupert website today notes that the Water Quality Advisory that has been in place since September of 2020 has now been lifted by Northern Health.

The notice offered up no other background information related to the update.

The original water advisories of late 2020 were announced owing to turbidity in the drinking water supply, that as the city was using a different source during the construction of the new Woodworth Lake dam.

The water issues appears to be more frequent during periods of extreme weather and precipitation in the region.

As a result, advisories were issued for those that were considered most at risk. 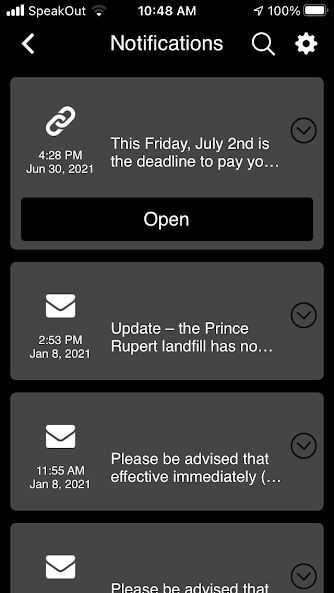 The welcome news has also not made it to the city's app project, a somewhat under used communication option.

Northern Health has also not made much mention of the update as of yet.

However, those with an interest in water advisories can review their current list of notes posted to the Northern Health website.

A look back at some of the long running water story can be reviewed from our archive page here.