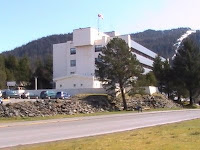 The aftershocks from a recent Labour Relations Board ruling, in the matter of lengthy labour dispute at the Prince Rupert Regional Hospital continue to rumble across the Northern Health service region.

Another twist to the labour troubles was made public yesterday, as the Union representing a worker at Prince Rupert Regional Hospital terminated in January of 2011, continues its efforts to seek his reinstatement.

A story posted to the Prince George Citizen website yesterday outlines some of the background on that issue, as well as the concerns of the International Union of Operating Engineers Local 882, over the slow speed of resolution of the issues that the Labour Board ruled on when it issued its decision on October 31st.

We offered up this review of that Labour Board decision back on November 2nd, it makes for a fascinating look into the issues and atmosphere during what appears to have been a rather toxic period of time of labour discussions for the hospital.

According to the Citizen story, a spokeswoman from Northern Health advised Friday that the Health Authority was seeking more time to consider it's options. Northern Health is currently reviewing the Labour Review Board decision, as it tries to decide whether an appeal will be made.

A position that the Union takes issue with, advising that Northern Health should, having lost the decision, "move on" and suggesting that eventually Northern Health will have to "answer to the taxpayers" over the messy labour situation at PRRH.

The IUOE Local is also upset that the new positions that were created when the new electrical system was installed went to a different union, the HEU which now represents the new hires at PRRH. Workers that may lose their jobs, should the IUOE workers be reinstated at the hospital.

That adds the elements of a union turf war to the mix, yet more background to the nasty tone of labour discussions outlined in the Labour Board report last month.

The latest developments on the labour troubles at PRRH come about, as the IUOE and Northern Health  face off in another battle over an employee fired in January of 2011.  In August a labour arbitrator ruled that the employee in question in that case should have been reinstated, with a suspension as punishment, a decision that Northern Health has apparently appealed.

As all these files start to accumulate, it would seem that the labour situation appears to have become a bit of a mess. With Northern Health so far, (as the Citizen points out) not offering much in the way of public comment on the labour troubles in Prince Rupert.

The Northern View-- Northern Health not planning to appeal Labour Relations Board ruling
Posted by . at 9:42 AM

Email ThisBlogThis!Share to TwitterShare to FacebookShare to Pinterest
Labels: Labour Board Report, Labour issues at PRRH