When it comes down to a selection for a Northern Health mascot, the choice it appears will come down to a Blue Bear or an Adventurous Caribou.

Noble offerings that suggest some common wildlife themes from across this part of the province.

As we outlined on the blog back in May, Northern Health recently put out the call for submissions for the mascot which will represent the goals of Northern Health to youth across across Northern British Columbia.

The contest was designed to create a mascot for the Health Authority of Northern BC, a mascot which was to project a focus on healthy eating habits, active living, injury reduction, tobacco reduction and many other of Northern Health's goals for inter-action with the community.

With a month or so to create the applicants, a panel from Northern Health went through all of the submissions narrowing the list down to the two finalists. 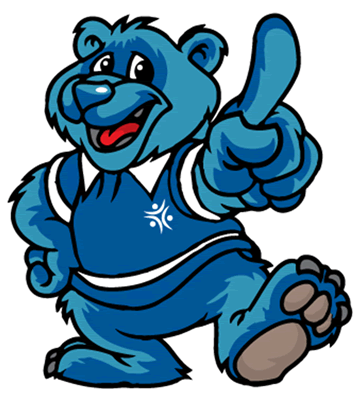 Rex -- A Blue Bear, described as "the ruler of our well-being, (medical, psychological and spiritual)

The Bear is up against an adventurous Caribou called Spirit -- among Spirit's strengths are an enjoyment of exercise, eating well and making the right choices for himself and his body.

Beyond the normal range of duties of a corporate mascot, the one selected by the popular vote will represent Northern Health at the 2015 Prince George Canada Winter Games.

The successful creator of the mascot that is chosen will also be a part of those games, receiving a spot in the Canada Winter Games torch relay.

The balloting continues until July 18th,  You can learn more about the initiative here, and find more background on the mascot competition and cast your ballot here.

For more on items about Northern Health see our archive page.