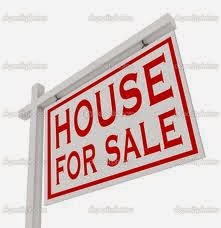 Sales of properties in Prince Rupert continue to increase, with Prince Rupert and Terrace pacing each other for volume and value of sales through to June of 2014.

Figures released last week by the BC Northern Real Estate Board highlight the burst of sales in the Northwest,  with our region considered one of the most active in Northern British Columbia.

In Prince Rupert, 197 properties worth 40.3 million dollars were reported as sold through the MLS service in Prince Rupert this year so far.

Marking a significant increase of 44 properties from last year at this time, when 153 properties had been sold by June of 2013, to a total value of 33.2 million dollars.

All of which provides an  indication that property owners in the community are taking advantage of the growing interest in the industrial plans for the region and suggesting that slight growth is continuing to take place in the city.

The average time to sell the properties during that period was 84 days.

Those numbers continue to highlight the percolating nature of the Prince Rupert real estate market over the last year, as seen by the tracking numbers on Average Selling prices for Single Family Homes:


As of June 30th there were 167 properties of all types available among the MLS listings for homes in Prince Rupert.

Those total sales of 197 recorded in Prince Rupert came up just short of the number posted in Terrace, as that city continues to be home to hottest market in the region.

Half of the 99 family homes that sold in the Terrace area this year were purchased for less than $289,000.

The time to close a deal in Terrace was significantly shorter as well, with most homes selling within 31 days.

Land purchases also made up an important part of the Terrace realty scene, with 37 parcels of vacant land sold, to go along with the 12 homes on acreage which changed hands.

At the end of June the inventory of listings available through MLS  offerings in Terrace numbered 177 properties.

Kitimat rounded out the Northwest contribution to the listings, with 94 properties worth 26 million sold through the first six months of 2014.

Half of the 49 single family homes in that community sold for less than $321,000, it took an average of 22 days to sell a home in Kitimat in the first six months of the year.

Still, even with less volume of sales, the purchase price numbers are still tracking to the same levels as this time last year. And Kitimat real estate for the moment, on average appears to be fetching the highest return for those that are selling their homes.

As of June 30th, there were 78 properties available for purchase in Kitimat through the MLS listings.

A complete look at the numbers for all communities within the BC Northern Real Estate Board region can be found from their website.

For more on Real Estate and Housing on the North Coast see our archive pages.
Posted by . at 9:29 AM

Email ThisBlogThis!Share to TwitterShare to FacebookShare to Pinterest
Labels: Real estate numbers for the Northwest July 2014