City Council's work load for Monday will be a little heavier than usual, as Council will hold two Public hearings on a pair of Zoning Amendments currently working their way through the process.

The first will involve a review of Bylaw 3349-2014 which amend the Bylaw and adjust the Downtown Development Permit Area. The change would bring several properties that were outside of the Downtown Permit Area at its time of development to within the permit area, while excluding some properties in the downtown area that are zoned for residential use.

The map below outlines the scope of some of the planned changes to the DPA. 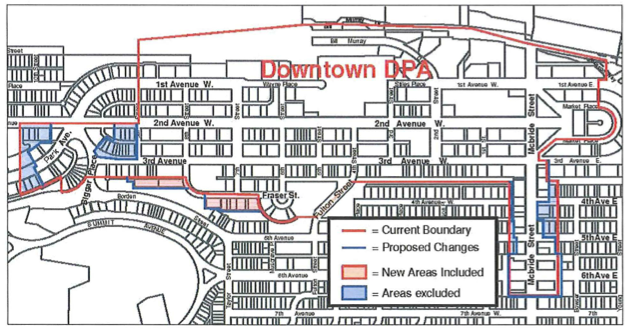 During the Public hearing anyone who believes that they are affected by the proposed changes will have the opportunity to present their case to Council, those that cannot attend Monday's session can provide a written submission which must be received by the Corporate Administrator no later than by 4:30 on July 28th.

The full Notice of Public Hearing can be found here.

Background on the DPA rezoning proposal can be found here.

The second Public Hearing on the night will involve plans to rezone property on the east side of the city, a process which would rezone the property at the corner of 6th Avenue East and Ambrose from its current status of Two Family Residential to Multiple Family Residential.

The map below reviews the proposed area of development. 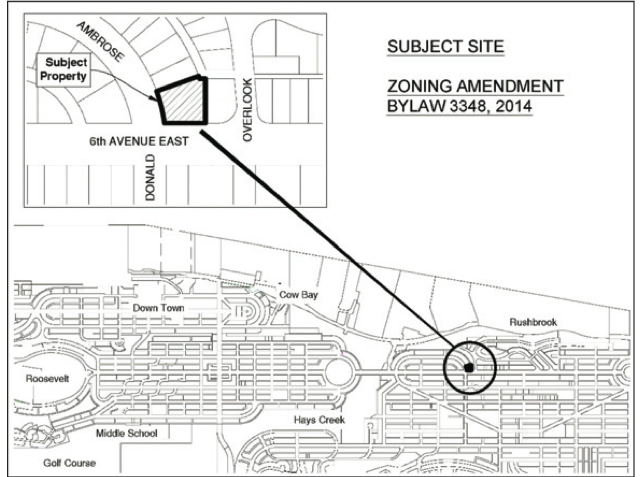 As in the case of the Downtown zoning proposal, anyone that has concerns or issues with the proposal can provide their comment to Council on Monday night, or if unable to attend they can submit their correspondence in writing to the Corporate Administrator by no later than 4:30 on July 28th.

The full Notice of Public hearing can be found here.

The Report to Council on the theme of the rezoning proposal can be found here.

For a review of some of our past items of interest from Prince Rupert City Council see our archive page.

Email ThisBlogThis!Share to TwitterShare to FacebookShare to Pinterest
Labels: Public