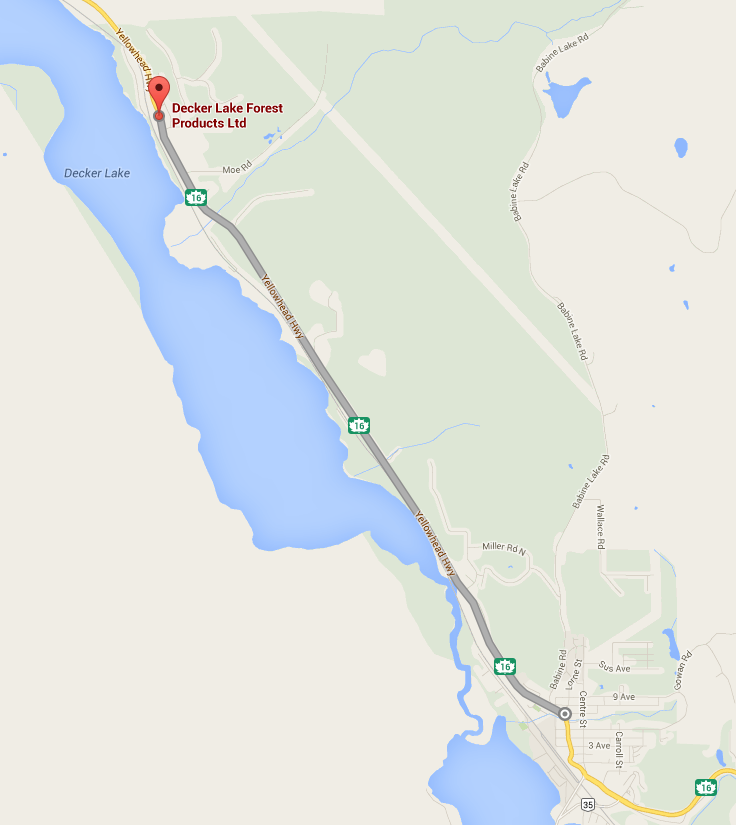 A Friday morning incident between an eastbound CN Rail train and a logging truck near Decker Lake has resulted in a train derailment.

The result of which has left some twenty containers and a large volume of logs strewn across both tracks and a neighbouring field in the area.

Upon arrival, they advised that beyond the damage to the train cars that have left the track, a small amount of diesel fuel had been leaking onto the tracks from the logging truck as a result of the collision.

The driver of the logging truck was taken to Burns Lake Hospital for evaluation.

The incident took place on a private road and has not had an impact on travel along Highway 16,

However travel along the rail line between Decker Lake and Prince George has been shut down until further investigation takes place.

No information regarding the incident has been posted to the CN Information portal as of yet.

There has also, as of yet, been no advisory issued by the Transportation Safety Board regarding the Friday morning collision.

Media accounts of the incident can be found below: