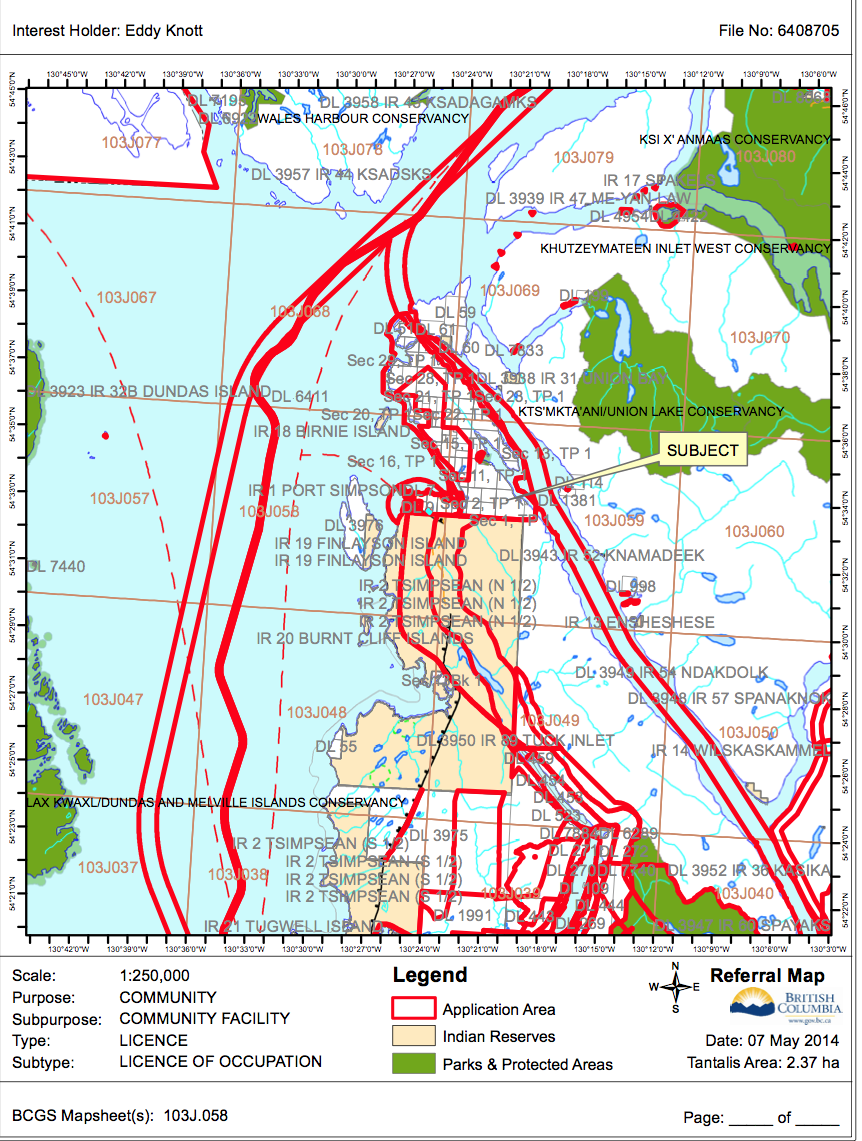 Travellers with Recreation Vehicles may soon be able to get even closer to the Khutzmateen, should a proposal from a group at Lax Kw'alaams find approval.

Plans have been released regarding the development phase for a proposed RV Park to be built 1 kilometre south east of Lax Kw'alaams, the first step towards the development coming by way of an application with the Ministry of Lands and Natural Resources.

The proposal listed on the Ministry website as of June 17th, outlines the nature of the project which would see a portion of unsurveyed Crown land developed, so as to provide space for five  25 foot RV trailers as well as for tenting facilities.

It's anticipated that the proponents would only develop 20 percent of the total area in their first year of operation, with further development anticipated as the demand increases.

The project is designed to provide access for visitors to the nearby Khutzmateen Grizzly Bear Sanctuary and offer other wilderness opportunities for kayaking and canoe enthusiasts.

The site would have no electricity and no water hookup, making use of trucks to deliver water and remove sewage from the site.

With no power lines leading into the site area, Generators would be required to provide power to a battery bank, which would then provide electricity for the RV's in the park.

As part of the development a 24 x 24 cabin would be constructed, designed to serve as an office and storage area for kayaks and other water craft.

Included in their project overview, the proponents highlight how the closest available accommodation for visitors can only be found in Prince Rupert and observe how their proposal would provide for the opportunity to get closer to the natural environment of the region.

Should the proposal be approved, Construction of the proposed development would start the day after approval is granted.

The deadline for comments on the proposal is July 22nd, those with comments or concerns regarding the development can access the comment page through the Application page.