A wide  collection of Prince Rupert Groups have accessed close to half a million dollars in funding in the last  fiscal year, receiving the cash by way of Gaming Grants provided by the Province of British Columbia.

Last week the province outlined a breakdown on the distribution list, which offers up more details on the funding provided to community groups and School PAC groups across the province in the fiscal year ending March 31st.

In Prince Rupert the bulk of the money was allocated to Community Groups, which received over 450 thousand dollars in funding, while Parent Advisory Councils in the region received close to 45,000 dollars from the Gambling Grant payouts.

The largest single recipient of funding in the Community Grand Category was the Friendship House which received 90,000 dollars, while the Charles Hays Parent Advisory Council topped the listings of the PAC contributions at 14,520.

Below is a review of the local community groups and Parent Action Council groups receiving money from the Gambling Grant program as of the fiscal year end of March: 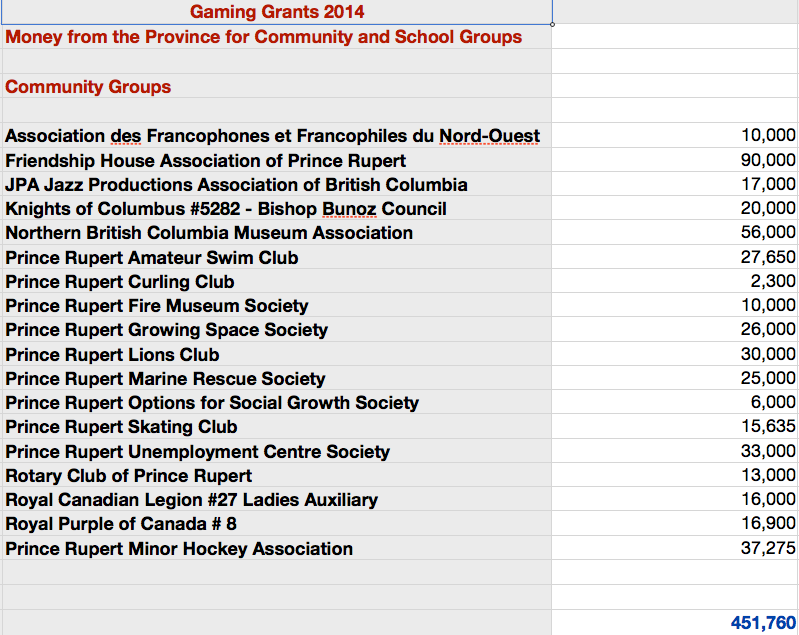 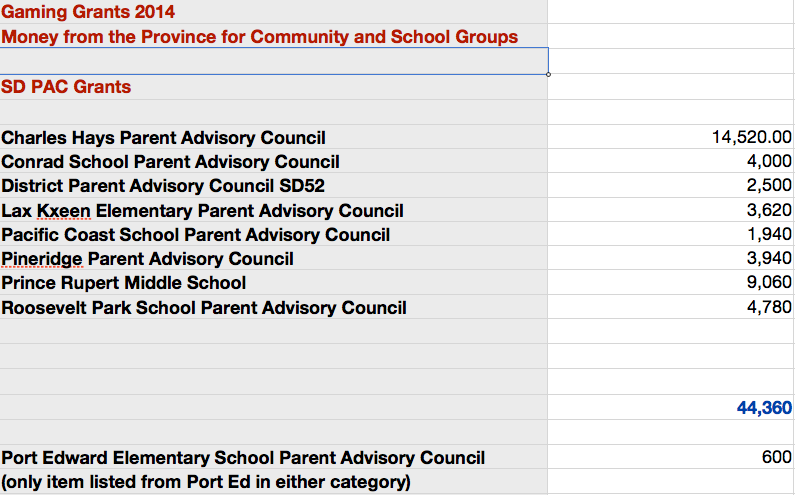 Only one group was listed in Port Edward as receiving money from the fund, with the Port Edward Parent Advisory Council receiving 600 dollars.

The full review of grant recipients in communities across British Columbia is available here.
Posted by . at 9:47 AM