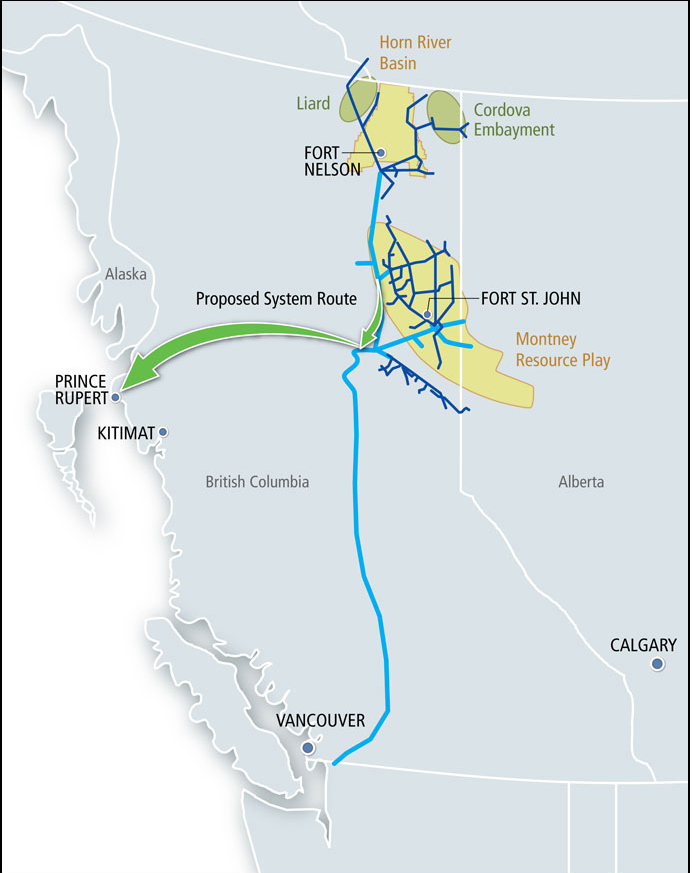 At last count, Prince Rupert has been tagged for the prospect of at least six potential LNG projects currently in varying stages of review or development, some clearly a lot further  into their development phase than others.

Of the current batch, the Petronas led PacificNorthwest LNG Lelu Island project is the one that appears to be the closest to making a final investment decision at the moment.

Nest on the high profile list for the North Coast is the Prince Rupert LNG proposal from the BG group, which is considering their own terminal project for Ridley Island.

According to the President and CEO of Spectra Energy, which is the pipeline developer for the Ridley Island terminal project, any BG decision on investment is still at least two and maybe three years away.

Of note to local LNG observers, he outlines the arrangement currently in place with BG to deliver Natural Gas to Ridley Island through the proposed West Coast Connector Gas Transmission pipeline.

But along with that update also outlines that Spectra is keeping its options open, perhaps to provide a delivery system through the same corridor for any  other another LNG plant that may be considered for the region.

The remainder of his review of the LNG picture in Canada offers a bit of a window into the ever changing nature of the industry, which rewards those companies that have laid the groundwork for that development.

He also provides an overview as to how the US is quickly catching up to Canada when it comes to development of resources and providing for a distribution system to get it to market.

You can review the full article here.

There is more on the LNG development plans for the North Coast available on our archive page.