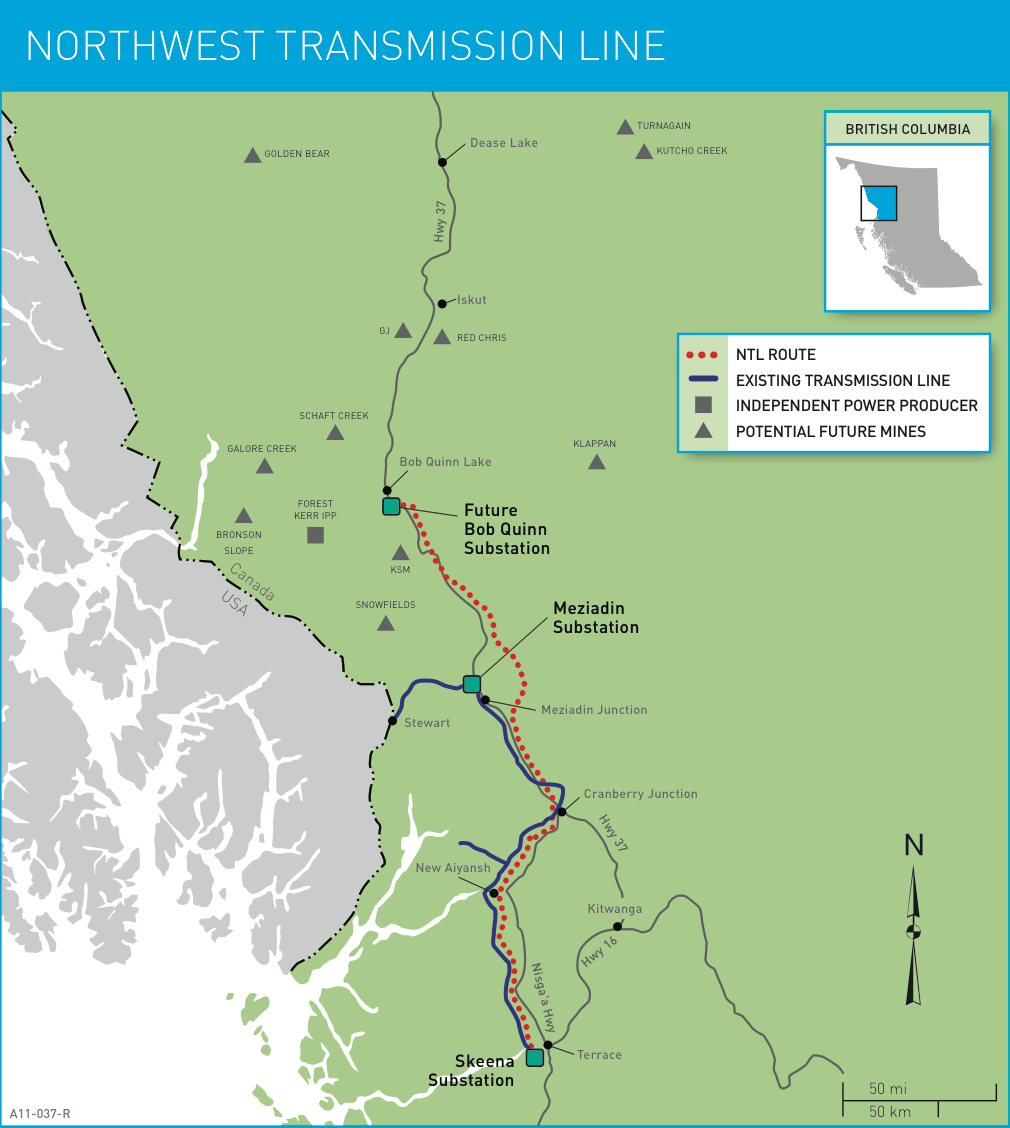 Considering the high profile that BC Hydro gave to the project when they first announced it and as progress was made in its construction, the turning of the switch that activated the Northwest Transmission Line appears to have come and gone with little in the way of public celebration.

The word that the NTL was now active came through a press release last week, the notice of the energizing of the transmission line, mentioned almost in passing as part of an information package for Prince Rupert Council.

The project started up in January of 2012 and features 1,100 transmission structures and 2,100 kilometres of wire starting north of Terrace and continuing up through Nass and then on towards Meziadin Junction  for some 344 kilometres.

The cost of the first phase of the project is 746 million dollars, with 310 million received from the Federal Green Infrastructure Fund and from Alta Gas.

Plans are in place for a  further 92 kilometre extension of the project north to Bob Quinn Lake.

The electrification northwards is anticipated to help service the growing mining and exploration industry which is developing in areas of the Nass and north beyond Stewart.

Some background on the Northwest Transmission Line can be found from the BC Hydro site, which has this blog item on the project.

Past items related to mining activity in the region can be found here.
Posted by . at 2:37 PM