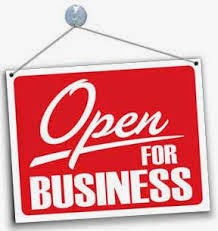 When it comes getting into place to reap the benefit of LNG growth in the region, Port Edward it would appear is clearly Open for Business.

For the moment, the District is looking to be the hot spot for the North Coast, set to make the most of the opportunities that may arrive with the development of LNG shipment facilities.

A number of land filings with the Ministry of Forests, Lands and Natural Resources offers up a glimpse of what growth may soon look like for the District.

With no fewer than four different proposals outlined in the last week providing for what would be a wide range of potential development for the District.

Much of which would clearly change the impression that many on the North Coast may have of Port Edward.

From Housing Developments to a Commercial strip mall, campground and Mobile Home park, the District is looking at a major shift in its focus, when you look over the range of proposals recently put forward for public comment.

Among the most recent proposals:


Expansion of a Mobile Home Park

An application by Stonecliff Properties for a grant of Crown land to allow the existing Manufactured Home Park to expand in the Port Edward area. 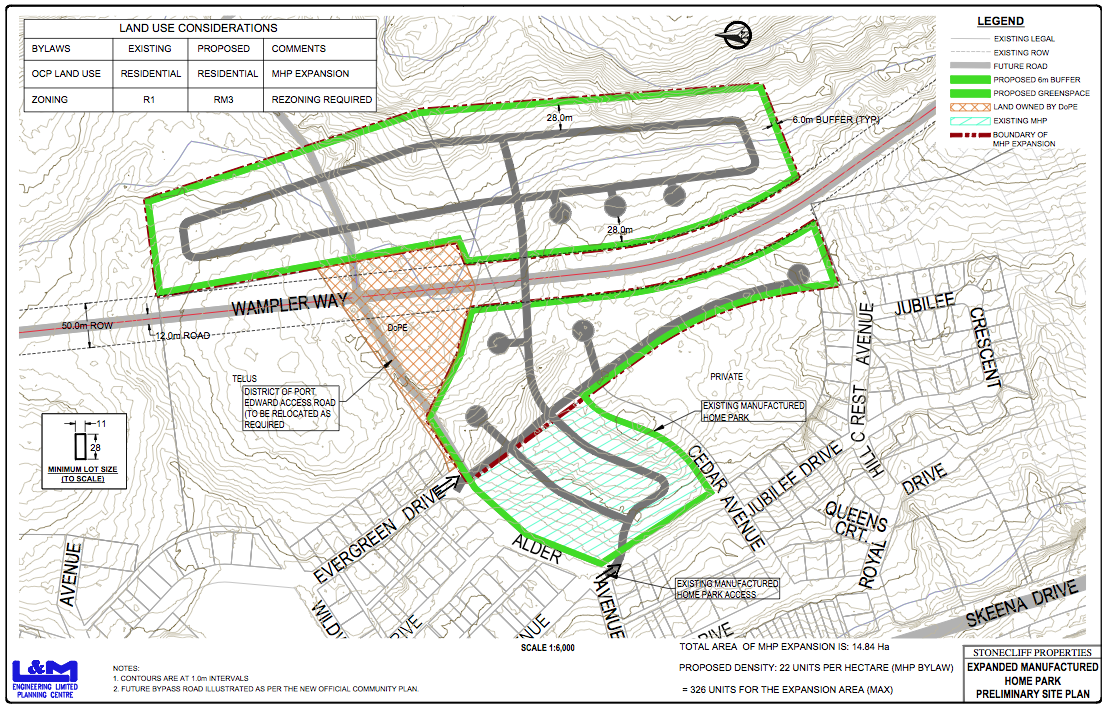 The detailed review of their plans would see the the total land purchase acquisition come to 14.90 hectares, all of it to the North of Evergreen Drive in the District. Stonecliff provides a short background to the proposed developed of the Petronas LNG site as the main thrust towards their plans to expand the existing mobile home park which Stonecliff purchased one year ago.

As part of the background to their plans, Stonecliff has outlined that all potentially vulnerable tenants will be protected by the company throughout the process to prevent any displacement of seniors or tenants on social or income assistance.

At the moment there is currently space for 65 homes in the park, though not all of that space is currently in use. The expanded park would provide for an additional 327 units to be constructed on the land if the purchase is approved.

The company makes its case in its prospectus for the Ministry. (see here)

Comments on that proposal will be received until August 28th, 2014.

Catla Enterprises has filed their application to purchase a single parcel of land with a total area of 1.01 hectares. Which would provide opportunity to develop a new highway commercial node consisting of a   commercial strip mall featuring a restaurant, motel, laundromat all geared towards LNG construction workers anticipated to arrive in the region should LNG proposals go forward. 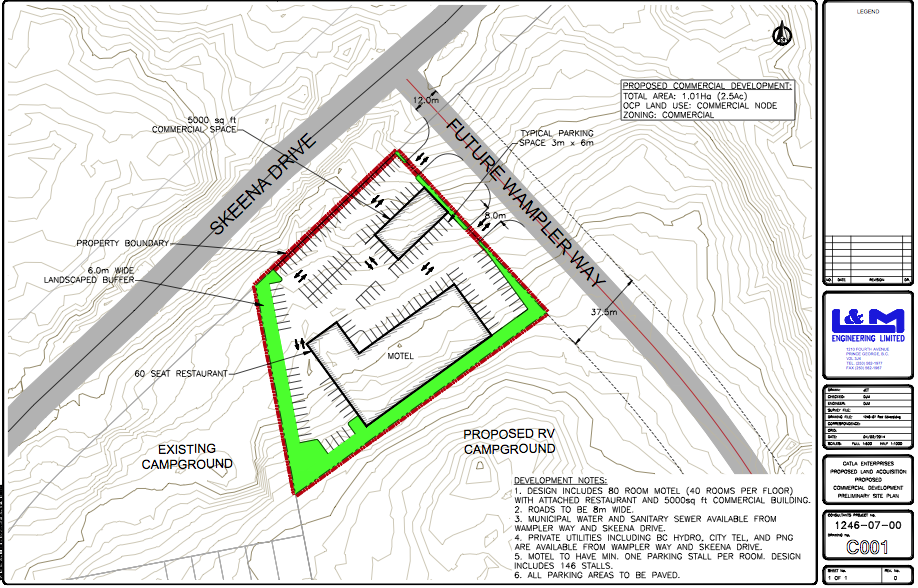 The application from Mr. Cameron Stolz, the Prince George based proponent of the Catla proposal points to the lack of services currently available in the Port Edward area.

The location of the proposed development would be at the corner of Skeena Drive and a future road to be named Wampler Way.

The commercial space would be some 5,000 square feet and feature a coffee shop, laundromat, liquor retail store and a convenience store on the south end of the property.

As well an 80 unit motel would be developed, along with a 60 seat restaurant.

The Catla prospectus outlines how the proponent has already been contacted by would be establishments, many of them looking to locate commercial properties on their proposed site.

You can review their full proposal here.

Comments for the Catla application will be received until August 28, 2014.

Catla provides a second application to acquire Crown Land, in this instance to provide for a Campground / RV Park development for the District which would be placed on 2.88 hectares. 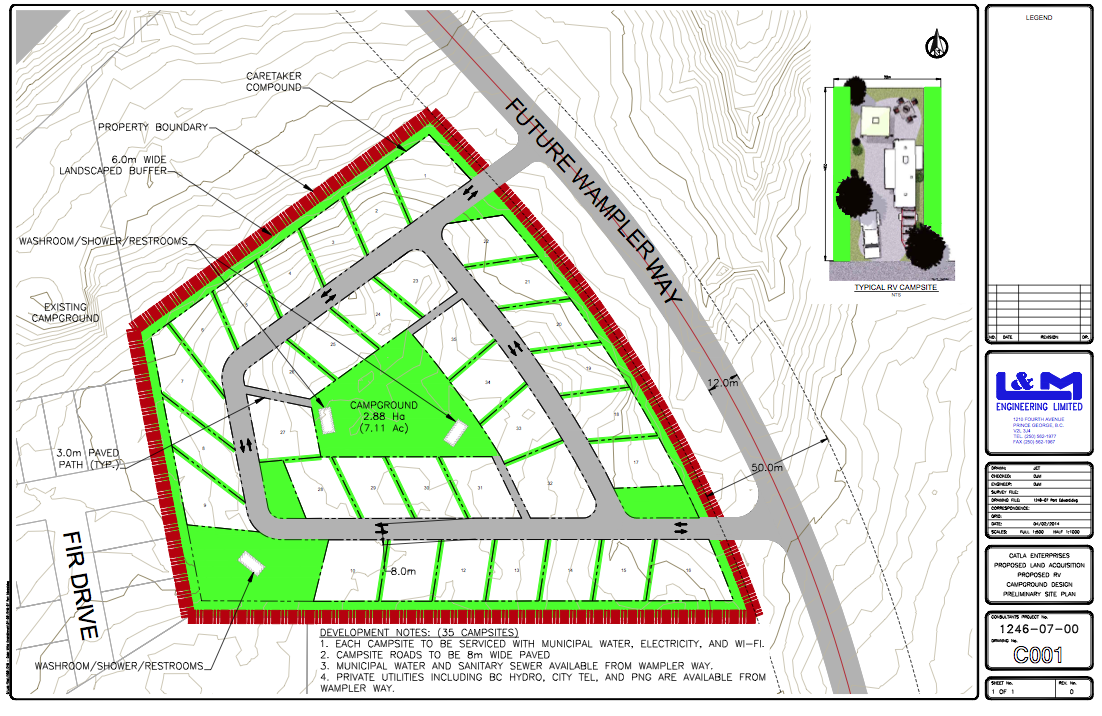 The facility would feature 35 sites as well as washroom, shower and restroom facilities, included in the park development would be park area and green space allocations. The location again would be along the proposed road to be called Wampler Way and would be close to their proposed commercial development.

In their proposal Catla acknowledges that their proposal would not be the only campground project in the community, with Kinnikinnick campground already established in the District, however they suggest that the anticipated growth for the Port Edward region would make their proposal compatible with existing facilities for the region.

The campsite would be serviced through Municipal Water, Sewer, Electrical and Wi-Fi connections.

The complete proposal for the campground project can be found here.

Comments on the Campground proposal from Catla will be received until August 12, 2014.

The final of the four proposals recently submitted would provide for increased housing stock in the District of Port Edward.

Odyssey Homes provides for the third of the applications, making their request to purchase a parcel of land with a total area of 7.71 hectares.  The purpose of that land purchase outlined as to provide for development of a 63 lot single family residential subdivision. 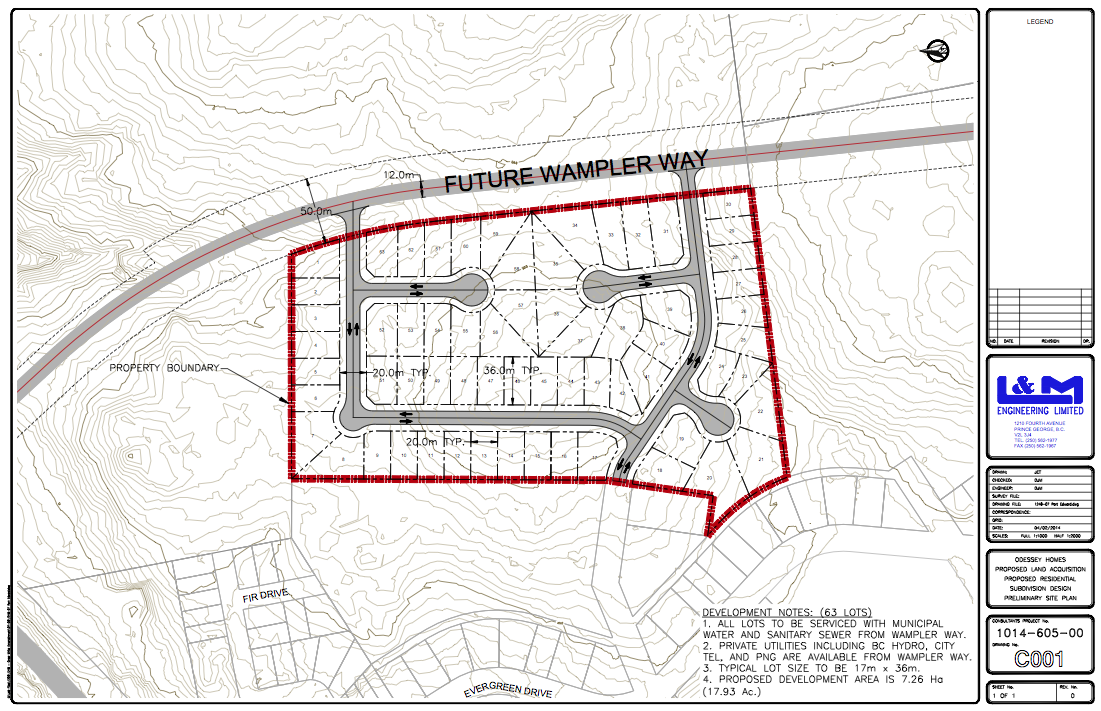 The primary access to the residential development would be from the proposed road of Wampler Way, with secondary access through Rainbow Drive and Evergreen Drive.

You can review the full extent of the proposal here.

Comments on the Odyssey Homes proposal will be received until August 28th, 2014.

Whether all, or any of the proposals outlined above ever come to pass remains to be seen. However, the interest in development in Port Edward is an indication of the growing impact that the many industrial projects is having on the region.

And for the moment, it would seem, at least judging by the flurry of applications for Port Edward, that the District is placing itself in a solid position to capitalize on some of those industrial projects should they received a positive financial investment decision.
Posted by . at 10:47 AM

Email ThisBlogThis!Share to TwitterShare to FacebookShare to Pinterest
Labels: July 2014, Major developments for Port Edward in the works as part of LNG development