The City of Prince Rupert's plans to continue to add to the civic workforce will move into July, with the latest of job opportunities just posted to the City's Careers page on their website.

The City is now seeking applications for those interested in working as an Engineering Technologist, a position in the Operations Department, which is related to range of responsibilities from public infrastructure to relationships with contractors and suppliers.

The main focus of the work will find the successful applicant employed in the field  of surveying and computer drafting services for the Engineering and Public Works departments.

You can review the full job description along with the Qualifications for the position here.

The position, falls under the unionized component of the city's CUPE bargaining unit. 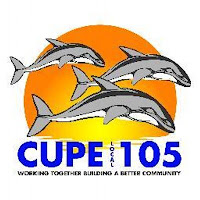 The newest employment opportunity, adds to a growing list of recent positions that the City has been recruiting for over the last four months, with the major push to add to the civic payroll coming in the last month or so.

Other than Council's observations as part of their Planning for Major Projects in May, where the theme  of adding to the civic workforce was mentioned, there has been little actual discussion of that topic during the public Council sessions.

Particularly when it comes to the direction of the city's new hiring plans and exactly how many more positions may be added before the current drive for new employees is complete.

Heading into the summer months,  City Council and staff at this time seem focused on adding positions to the civic work force, with no mention made of exploring other options, such as using a contracting out provision for some of the work of some of these new positions.

Nor has there been much of a public discussion to this point as to why Council believes that there is the need to bump up the staffing levels as much as they have to this point, and at the pace that they have taken on.

A topic that didn't seem to be much of a theme for the then candidates for Council during the fall election campaign.

City's hiring push continues on into June
City Hall  ... Soon to be the new hiring hall for the North Coast

For more items related to discussions and notes from City Hall see our archive page here.
Posted by . at 8:05 AM

Email ThisBlogThis!Share to TwitterShare to FacebookShare to Pinterest
Labels: More hiring for City into July