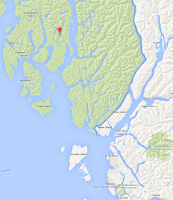 Eight tourists and the pilot of the plane they were travelling aboard died in an air crash near Ketchikan, Alaska on Thursday, the passengers were taking a tour of the Misty Fiords as part of their journey on the Holland America cruise ship Westerdam that had visited the Ketchikan area this week.

The tourists were aboard a DeHavilland DHC 3 Otter operated by Promech Air, a Ketchikan based charter and sightseeing service.

The plane was spotted by reported overdue in the afternoon and the crash site spotted by helicopters later in the day, having crashed into a cliff side area located above Ella Lake east of Ketchikan.

Volunteer Rescue crews out of Ketchikan, along with Alaska State Troopers and US Coast Guard personnel arrived on the scene of the crash at 6 PM Alaska time and confirmed that all onboard the plane had perished, however recovery efforts were not attempted as weather conditions made that task unsafe on Thursday.

Weather conditions in the Ketchikan area through Thursday were similar to what the North Coast faced through the day, with wind and rain conditions shifting through the afternoon.

The recovery situation will be reassessed later today. The cause of the crash remains unknown and under investigation.

The Alaska State Troopers and National Transportation Safety Board of the US will be partnering as part of the investigation into the incident.