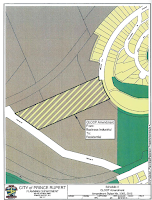 Monday's Public hearing process and the observations related to the proposed development of a housing development in the Park Avenue has received a bit of a push back from some of the residents of the Graham Avenue Area.

And while a full overview of the Public Hearing can't be reviewed through the Council Video Archive owing to some technical issues related to the Monday broadcast, some of the feedback provided to CFTK TV suggests that Monday's session didn't reassure some of the residents in the area.

A bit of push back that suggests that Council might have to address a few issues before giving the proposed zoning changes a final adoption.

In an interview from Tuesday evening on TV 7, Graham Avenue resident Judy Warren provided some background to the concerns of those in the area when it comes some of the aspects of the overall Park Avenue project.

Among those concerns, a belief by some in the area that different information was provided at the public session than what is now being considered when it comes to lot size and renters for the property in question.

As well Ms.Warren relayed some of the concerns that residents have over increased traffic related to the construction development phase of the project and how that work may impact on their neighbourhood.

You can review those concerns here.

As part of their response to the proposed development, a petition was presented to City Council on Tuesday.

On Wednesday, Councillor Blair Mirau through his Facebook page provided an overview of the proposed path ahead for the Graham/Park Avenue zoning amendment.

Noting that City Council will sit in a Special Meeting on the topic on July 6th, "specifically to give final reading and adopt the amendment to the official community plan and zoning bylaw"

There was however, no mention of the concerns that the Graham Avenue residents might have expressed through their petition, nor any indication as to what steps the City might be taking to try and resolve those issues.

More background on the proposed development can be found from our Housing Archives as well as from our page dedicated to City Council Discussions.
Posted by . at 8:37 AM