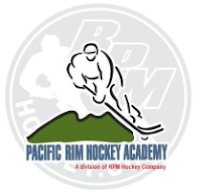 As we mentioned yesterday, this is Minor Hockey week in Prince Rupert and one particular aspect of the sport that parents might want to check out this week is the Pacific Rim Hockey Academy program.

Run in conjunction with Prince Rupert Middle School and Charles Hays Secondary School, the program has been in place for over a year now and received a number of accolades from parents currently involved in the project at the local level.

In their January Newsletter, Prince Rupert Middle School noted some of the extra-curricular assistance and involvement that the members of the Hockey Program have had in the community this year to this point. Including raising money for the lunch program at the school and volunteering their time at a number of locations around the community.

The current program comes to an end at the end of January, with plans already underway for next year's program. An opportunity to learn more about the Hockey Academy comes up on Monday, with two information sessions set for both PRMSS and CHSS.

For parents and players interested in the Grade 6 to 8 Program, the Info session is set for Monday at 6 PM in the Auditorium of Prince Rupert Middle School on Ninth Avenue West.

Information about the Grade 9 to 12 program  at Charles Hays will be presented starting at 8 PM at the Prince Rupert Boulevard School.

Further information related to the Application process can be reviewed here.