Sr Boys Rainmakers working their way back towards Provincial Top 10 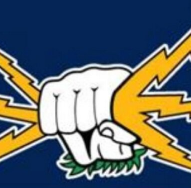 The weekend success for the Rainmakers over Caledonia has moved them back into the discussion in provincial rankings, with the team receiving an honourable mention in the latest listings from the Vancouver Province.

Charles Hays dropped off the list one week ago after a rough weekend at the Pitt Meadows tournament, but a solid week of practice and a positive result in a 58-56 thriller against their Northwest rival on Saturday has put them back on the radar.

Of the ten teams in this weeks AAA listings, three come from outside of the Greater Vancouver areas, with one team from Abbotsford to go along with the six from the Vancouver region.

The full overview of the British Columbia Basketball scene at all levels can be found here.

It's a light weekend for Basketball at Charles Hays this weekend, both the Senior and Junior Girls have the weekend off as far as game action goes.

We're still a little unclear as to the weekend plans for the Senior Boys, should we have more information to share from that camp we'll update our information flow.

The Junior Boys were supposed to take on a team from Prince George, but the unexpected passing of a popular teacher in the Prince George area has changed those travel plans. The Prince George Citizen provided a fitting tribute to the educator, highlighting the impact that Matt Pearce had on his community.

Email ThisBlogThis!Share to TwitterShare to FacebookShare to Pinterest
Labels: Rainmakers back on provincial radar in latest rankings