North Coast NDP MLA Jennifer Rice is hailing this weeks judgement  from the BC Supreme Court on the Northern Gateway consultation process, as a much desired decision for many of the residents of her riding.

The court ruling highlighted the lack of proper consultation and accommodation with First Nations when it came to potential impact to their aboriginal rights and title on matter related to the Northern Gateway project.

Ms. Rice has been a long time opponent to the Northern Gateway project, having spoken often to the issue both in Prince Rupert and at the Legislature over the last few years, raising a number of concerns related to the proposed pipeline project that would transport bitumen from Northern Alberta to a terminal facility proposed for Kitimat for shipment to Asian markets.

In a statement released on Friday, the North Coast MLA outlined some of her thoughts on what she described as a reckless approach by the Christy Clark Government and observed that the court ruling should be a wake up call when it comes to consultation with First Nations in the province. 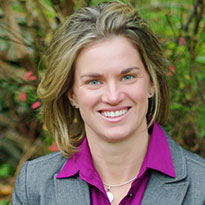 “It astounds me that Christy Clark so readily handed over decision-making authority for the largest private sector industrial proposal the province of BC has ever seen. At the time, I thought it was reckless and disrespectful, not only to BC First Nations, but all British Columbians.

I am glad that the courts have also agreed. “In the short term, the decision hugely hampers Enbridge’s plans to bring oil supertankers through the waters off the north and central coast and Haida Gwaii.

More broadly speaking it should be a wake up call for all governments that we are in a new era when it comes to consulting and truly respecting First Nations – and I think that is a good thing” -- North Coast MLA Jennifer Rice providing her reaction to a Thursday court ruling on the province's handling of the Northern Gateway consultation process.

You can review the MLA's full statement on the issue here.

Thursday's court ruling was the result of a court challenge that was launched over the nature of the British Columbia government's agreement with Ottawa to hold a single assessment process through the National Energy Board, rather than the more common approach of federal and provincial reviews.

The court decision observed that the province had given up a significant ability to give effect to its obligation to not only consult but also to accommodate the petitioners. Noting that the province cannot rely on the National Energy Board for environment approval.

Adding as well, that much had been given up in terms of trust of the government to live up to its obligations to First Nations by failing to consult with them prior to taking actions that could have significant deleterious consequences on the petitioners' way of life

"For these reasons, I find that there has been a breach of the Province's duty to consult, and thus the honour of the Crown, by the failure of the Province to consult with the petitioners prior to June 2014." -- British Columbia Supreme Court Madam Justice Koenigsberg's closing remarks on the court challenge from Coastal First Nations - Great Bear Initiative Society and the Gitga'at First Nation

You can review the full Court decision here.

Political observers in the province are noting that the ruling could set a precedent for other projects currently under review for development across British Columbia.

Art Sterritt the long time First Nations leader on the Coast and a member of the Gitga'at First Nation and the Coastal First Nations Great Bear Initiative, heralded the court decision of this week as another indication that the Northern Gateway project will not go ahead.

“The province has been talking a lot about its opposition to oil pipelines in recent days,” ... “Now it must put its money where its mouth is and apply the same rigorous standards it advocated for during the Joint Review Panel process, while consulting with every single First Nation who would be affected by this project. We’ve said it before: The Enbridge Northern Gateway pipeline is dead.”

The Coastal First Nations response to Thursday's ruling can be examined here.

More background on the Northern Gateway decision can be found below:

For more items related to the work of MLA Rice in Victoria see our archive page here.