More Northwest sections of Highway 16 to see improvements in 2017 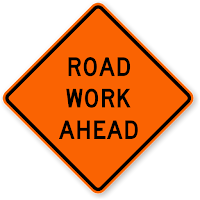 Transportation Minister Todd Stone was making like Santa Claus today, first with his 4.5 million dollar plus announcement for Prince Rupert, a project that will see McBride Street, 2nd Avenue West and Park Avenue all repaved sometime in the year ahead.

Mr. Stone then dug a little deeper into the shared infrastructure funding with the Federal government, delivering another significant highway announcement for the day.

Minister Stone also announced a 37 million dollar project that will see improvements to highway 16, with many of the projects taking place in the Northwest.

The major focus for the Northwest will be seen at the Junction of Highways 16 and 37 in Terrace, which is currently a four way stop and will be addressed to provide for safer conditions and easier flow of traffic.

As well, there will be five new passing lanes created along the highway between Prince Rupert and Prince George.

Three of them are found in the Northwest, including a new passing lane for Rainbow Hill 30 kilometres east of Prince Rupert.

The other two will be located in the Smithers, listed to be created at Toboggan Lake and Tyhee Lake.

The infrastructure projects are coordinated effort between the province of British Columbia and the Federal Government, Amarjeet Sohi, the Federal Minister of Infrastructure and Communities outlined the close collaboration the two levels of government are putting forward on the Highway 16 corridor.

"The Government of Canada is working in close partnership with British Columbia to ensure we make smart infrastructure investments that create safer roads for travellers, help grow the middle class, and promote sustainable development. By supporting improvements to Highway 16, we are helping local businesses move their goods to market and fostering long-term prosperity in the region for years to come."

You can review the full announcement here.

No timelines were provided as to when each phase would start, or when the completion date would be, but with the funding allocated further announcements and the appearance of traditional this work brought to you by ... signs, most likely will appear in early 2017.

More notes on Transportation initiatives on Highway 16 can be found on our archive page.
Posted by . at 4:17 PM

Email ThisBlogThis!Share to TwitterShare to FacebookShare to Pinterest
Labels: Highway 16 improvements ahead