CityWest adds to the Corporate Family with Vanderhoof Acquisition

Prince Rupert based CityWest has announced another expansion of their footprint in Northern British Columbia, completing a deal to  purchase Evolve Communications, a wireless Internet service provider based in Vanderhoof.

CityWest’s Board of Directors recently approved the terms of the sale to bring the discussions to a close, the first acquisition to be taken on by newly installed CEO Stefan Wolosyzn. 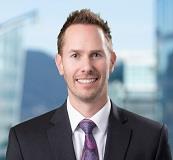 Towards today's announced Mr. Wolosyzn noted of a similar mindset between the two companies as they now become one.

“We are very pleased to announce the purchase of Evolve Communications. The team at Evolve has the same attitude towards providing customers with the best possible experience at all times and they bring amazing synergies to our business platform. The owner and employees of Evolve have served their customers well over the last eight years, and we’re thrilled to welcome them to the CityWest family.”

The newest addition to the CityWest organization was incorporated in 2012 by Ryan Ray, an entrepreneur who grew up in Vanderhoof. Its coverage area includes the towns of Vanderhoof and Fort St. James, as well as their surrounding rural areas.

The company provides high-speed Internet packages at affordable rates and, including the owner, employs three people.

Mr. Ray will also join the CityWest senior management team as Director of Wireless Services, and Evolve Communications will run as a subsidiary of the CityWest parent company.

For the residents of the Vanderhoof region, Mr. Ray noted how: “The ownership has changed, but the same principals of excellence in customer service will continue. Our customers will see great improvements in their services, thanks to this deal with CityWest."

No financial terms towards today's announcement were released by either party

As we outlined a few months back, the Prince Rupert communication company first announced its expansion plans in Vanderhoof area in September, preparing to introduce their Fibre to the Home technology.

You can review more notes on today's announcement from the CityWest website.

For more notes related to the Northwest Communication sector see our archive here, while items of note from the Commercial Sector can be reviewed here.