Prince Rupert Rampage return to CIHL action with twin bill this weekend. As Quesnel and Williams Lake come to town

They've been off the ice in competition for close to a month and as they prepare for a busy weekend of CIHL hockey at the Jim Ciccone Civic Centre, there will be no easing back into play for the Prince Rupert Rampage.
When they last took to the ice in competitive battle the Rhinos had recorded a 5-2 victory in their October 29th matchup with the Nechako North Stars, a result that propelled them to First Place in the Western Division of the CIHL.
And despite close to a month out of the fray thanks to the schedule maker, the Rampage still hold that placement currently two points ahed of Terrace heading into the weekend.
Having had to take a break just as their momentum was taking off, it will be an interesting two games ahead to see if the home town side kept their skating legs over the last three weeks and a bit.
They'll find out tonight when the first of two games as the alway tough squads of the Cariboo roll through the Northwest.
With the East Division leading Quesnel Kangaroos in town tonight for an 8 PM start . 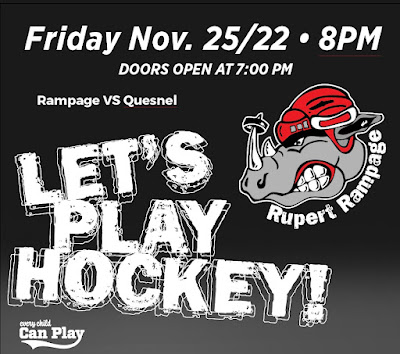 Tomorrow night, it's the Williams Lake Stampeders who come to the North Coast, a puck drop of 7PM is set for their Saturday night showdown with the Rampage
The Kangaroos appear to be the more dangerous of the two teams coming into town this weekend with two players Eli Jarvis and Jordan Draper in the top five of scoring leaders heading towards December.
Despite the near one month hiatus, two Rampage players remain in the hunt and with games to make up, with Judd Repole and Hunter Johnson both off to hot starts prior to the November sideline by schedule.
As they do prior to every home game the Rampage are calling on the PRMHA for some reinforcements, and considering their time away from play in the last month.
This weekend's two Minor Hockey call ups may be able to give them skating tips to get back into game time shape.
Friday night features Sage Lussier to take to the ice with the Rampage at 8PM 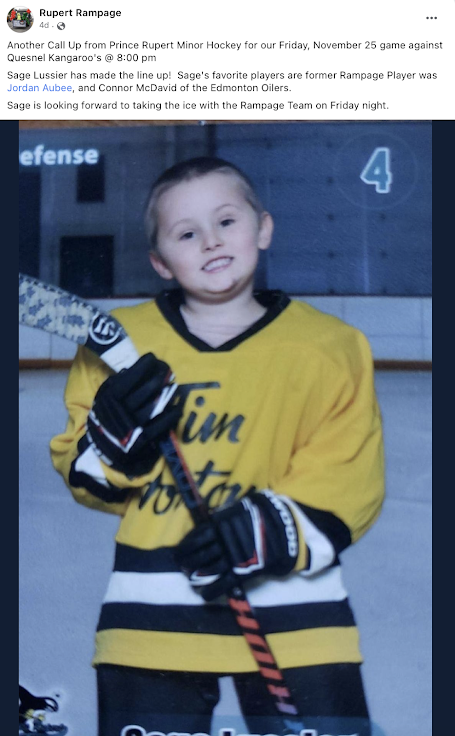 Saturday night's finale to the twin bill of hockey will see the PRMHA's Bo Curry lead the Rampage onto the ice as they face off against the Williams Lake Stampeders at 7PM. 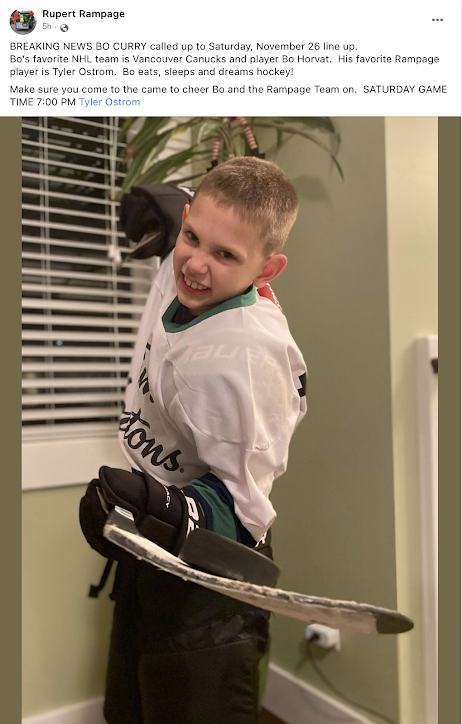 Keep up with any late breaking pre game happenings through the Rampage Facebook page.
You can review the past contests and keep an eye for scores from the weekend through our Results page here.
It's a busy weekend for the CHIL's two Cariboo teams, who are both making the most out of their mileage to the Northwest.
With Williams Lake in Kitimat tonight, the Kangaroos will move on from Prince Rupert on Saturday for a match up with Terrace.
Sunday the Stampeders are in Terrace to face off against the River Kings, while the Kangaroos will take on the Kitimat Ice Demons, both of those will be afternoon games.
More notes on the Rampage and the CIHL can be explored from our CIHL here.
Posted by . at 3:44 PM