Canadian Rescue Choppers soon to take on a Presidential air


We imagine at some point in the near future during a dispatched flight, one of the pilots of the Royal Canadian Air Force's fleet of Rescue choppers may start humming along to the tune of Hail to the Chief as their craft takes flight to an assigned task.

The Ottawa Citizen's David Pugliese, was the first to highlight the plan to put some of old Air Force One fleet purchased in 2011 into service as rescue craft, the prospect of that potential use was posted in this story to his Defence Watch column. 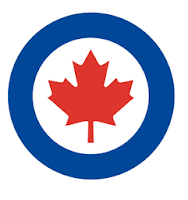 The Air Force One versions are similar in nature to the current fleet of Cormorant helicopters, the work horses of the RCAF's Rescue squadrons.

The original plan was to use the aircraft known as VH-71's mainly for part replacement purposes, however, as the majority of the fleet is still airworthy a rethink on the proposed use is now in place.  With the set of nine to be used as the Cormorant's go in for servicing and mid life upgrades.

More background on the Royal Canadian Air Force Rescue fleet can be found from the Air Force website.

No final decision has been made as to where to place the spare helicopters, when they begin to provide relief for the RCAF's current roster of Cormorant  air craft.

Below is a video of a VH71 similar to the model under consideration to move into Search and Rescue duties with the RCAF.


A version similar to this, could one day be seen flying in and out of the Seal Cove Coast Guard Base if operating in North Coast waters.

If The RCAF's Rescue Squadron's are looking for a new slogan "Rescues fit for a President" might just fit the bill.
Posted by . at 7:17 AM

Email ThisBlogThis!Share to TwitterShare to FacebookShare to Pinterest
Labels: RCAF plans to use old Air Force one's as rescue craft