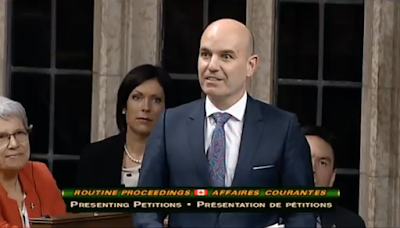 The last words when it comes to electoral reform may not have been heard quite yet, with Skeena-Bulkley Valley MP Nathan Cullen not content to accept the decision by the Liberals to put the reform project on the shelf for now.

Mr. Cullen has become the point man for those that want to keep the issue alive and engaged with the public, with the MP currently hosting a number of community forums across Canada to explore ways for Canadians to keep the reform movement in motion.

All of it with hopes of forcing Prime Minister Justin Trudeau to reverse his decision to abandon the project back from in February.

The introduction of a petition to the House of Commons in March calling for the Government to review its decision to abandon the electoral reform process made for the official launch of the public push.

With Opposition MP's now hoping to keep the issue at the top of the political agenda through this Spring.

It was shortly after the petition was presented to Parliament that Mr. Cullen announced the plan to host town hall meetings across the country. And to this point, some fair sized crowds have offered their contributions to the discussion in the forums that have taken place.

As we did while the concept was being reviewed by the Parliamentary Committee through last summer and fall, we will track the events that will make up the current push back against the Liberal decision to shut the project down.

The Original archive of notes from last year and this new archive of the growing push to revisit the electoral reform process can be found here.

For more items related to the NDP MP's work in the House of Commons see our archive page here.

A more expansive look at Provincial and Federal politics can be found on our political portal D'Arcy McGee.