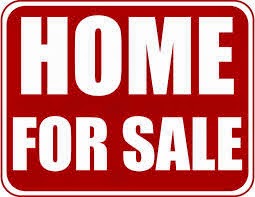 Our weekly review of the listings of the local real estate agents, tracking those properties which appear to be driving the local price structure for the North Coast.

Every Monday, we look over the listing prices of the past seven days and outline the Top 10 asking prices in the area, providing a snap shot as to where the Real Estate market may be trending on a week to week basis.

The listings below are purely for information purposes, for further background on the properties recorded, see our links page for access to the individual real estate listings.

The Archive for our weekly review can be found here.

Our list of the top ten priced homes for the week ending April 2, 2017 is below:

Spring heralds a fair bit of movement on the weekly review, with two new properties introduced to the list and one property marking its return to the list of ten, all three are found on the West side of the city.

The new points on the map make for eight properties to the west of the McBride Street dividing line, while the east side now drops down to two properties from the ten.

Movement of property listings isn't the only thing shifting in the North Coast realty industry as we head into Spring.

Royal-Lepage's Ketih Lambourne has announced his departure from the industry, taking his leave of the local office in the last week, with no plans announced as of yet as to where his next path shall take him.

Earlier in March, two former Royal-Lepage agents moved over to the Realty Executives office, with Michal Sluka and Thai Pham settling in there just as the anticipated busy months of Spring and Summer are set to begin.

Below find our findings as of the Week ending April 2, 2017

For background on Housing issues in the region see our past items here.