Provincial leaders square off this morning in radio debate 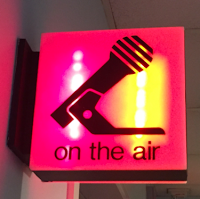 The first salvo in the battle of bombast that makes up a provincial election campaign will be heard this  morning just after 8:30 when the three leaders of the main BC political parties take to the airwaves from Vancouver's News 1130 studios.

It's the first head to head to head competition between Christy Clark, John Horgan and Andrew Weaver, as long time broadcaster Bill Good returns to the microphone for an extended tour to host the two and half hour and half discussion on the issues.

The radio debate runs from 8:30 to 11 AM and will live streamed across the province from the News 1130 website, it will also be broadcast on Vancouver's City TV which is available on Satellite TV in the Prince Rupert area.

As well for those that can't tune in live, the debate will be available for replay from the News 1130 YouTube Channel.

The Radio debate, is the first of two to come in the next week, with CKNW preparing for their own forum to explore the issues.

Both radio versions serve as the preamble to the April 26th Televised debate.

For more items related to the provincial election campaign see our BC election Digest on our political portal D'Arcy McGee.

Notes related to the North Coast election campaign can be reviewed on our North Coast Votes Archive page.