The theme of global trade is making for the topic in a couple of political arenas this Spring, as the Government of President Donald Trump prepares to bring NAFTA to the negotiating table in near future.

The narrative to the road ahead has frequently been telegraphed by the bombastic President, who has not been shy when it comes to declaring his plans for the U.S. to take action on what they call trade concerns coming from both sides of their border.

That is a topic that has made its way into the Conservative leadership campaign currently underway across Canada and in this review of that cross country journey from Maclean's Paul Wells, one item jumps off the screen as of some importance to Prince Rupert.

That being the thoughts from would be Conservative leader Lisa Raitt, who raised some trade concerns during a recent Conservative debate session, a theme that Mr. Wells took note of for his column of the weekend.

Lisa Raitt thinks one of the biggest problems facing Canada in the years ahead will be the return of American attempts to charge “a levy for every (shipping) container coming into the United States through one of our two ports. That, my friends, is going to be coming at us once again. And I have no faith in the drama club that’s currently running student council to actually stand up and do something about it.”

Perhaps because of limited time, Raitt did not explain how she’ll do better against such protectionist measures. Perhaps she will tell the Yankees she was never in drama club.

Canadian trade, let alone thoughts on Prince Rupert's port gateway to the world are not likely to be the theme to any early morning tweet-a-thons from POTUS, but the President has railed on about trade from time to time. 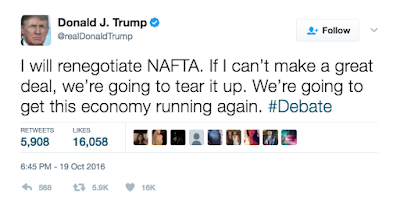 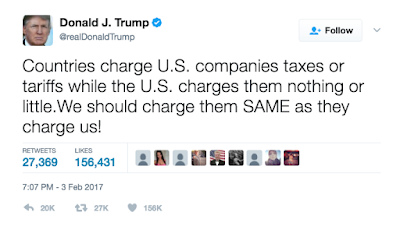 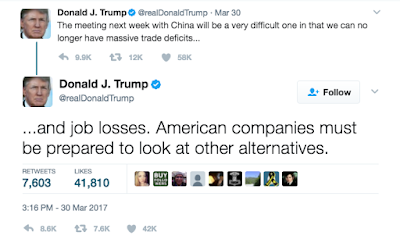 However, just because we're not number one on his twitter list, the nature of trade entering America from both Canada and Mexico is very much on the mind of Donald Trump's administration.

Trump revives fake-imports debate with Canada
Donald Trump plans more than a tweak for NAFTA
In the Trump era, Canada might need NAFTA's chapter 11
Trudeau unfazed as Trump plans probe of 16 countries' trade practices, including Canada
U.S. to probe why it has trade deficit with countries like Canada
Trump's NAFTA goals: 'What is your is mine and what's mine is mine'
Trump takes 1st step in NAFTA renegotiation: Sends draft letter to Congress

The prospect of a tariff gate being set up along those U.S. entry points, or any symbolic slowing of trade across the American border, is something that could have a significant impact for shipments coming to Canada.

It's widely known on the North Coast, but perhaps not quite so much down in Washington, D.C., that the majority of the current level of trade that flows from Asia through the Port of Prince Rupert is destined for American terminals in Chicago, Memphis and New Orleans.

Those are just three of the key areas that CN Rail delivers containers to as part of their very successful North American service that frequently touts the advantage that Prince Rupert offers. 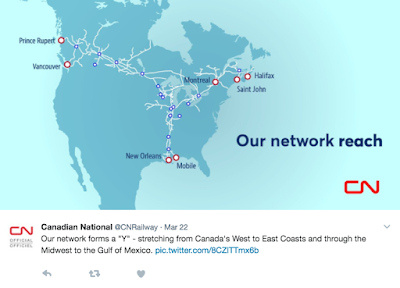 Any uncertainty over the future of access to the U.S. could also be of some importance for the long range planning that the Port has for the Fairview Container facility and the larger Phase Three expansion that may one day see the terminal expand to the south.

All of which suggests that we have a pretty strong interest in what comes out of the discussions on trade and what negotiating stance that our neighbours to the south bring to the table.

The NAFTA negotiations are expected to get underway later this Spring and indications to this point indicate that the U.S. is collecting a growing list of irritants to seek redress on from their two continental partners.

With the new Trump Presidency offering up any number of challenges to Canada/U.S. relations we have been keeping up to date on some of the key issues through our political portal Darcy McGee.

To follow events on a daily basis, we invite you to explore our Trump Effect Tracker.

Notes on the Port of Prince Rupert can be found on our archive page here, while items of interested related to DP World's Fairview Terminal can be reviewed here.
Posted by . at 10:33 AM

Email ThisBlogThis!Share to TwitterShare to FacebookShare to Pinterest
Labels: NAFTA renegotiation and potential for port impacts