Those on the campus of Coast Mountain College in Prince Rupert have expressed their solidarity with the RCMP and residents of Nova Scotia this week.

As some residents on the North Coast join Canadians across the country in shock at the tragedy that unfolded on the East Coast over the weekend.

As we've seen in the days since, one of the largest mass murders in Canadian history claimed the life of an RCMP officer, Constable Heidi Stevenson; she one of what is now twenty two victims from many walks of life who were caught up in the horrifying thirteen hours that took place from Saturday night through to Sunday morning. 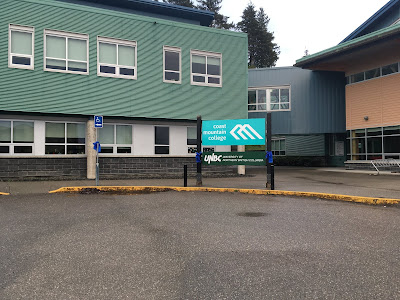 Blue ribbons, have been affixed around the Prince Rupert campus property, sending the thoughts and best wishes of the North Cost to Nova Scotia, as the residents of that province and indeed the nation try to come to terms with the unthinkable.

Individual residences across the city have also made for their own tributes through a range of visual presentations over the last few days, many featuring the blue ribbon as the conduit of support.

On Monday, Prince Rupert Mayor Lee Brain used his Social media page to offer his support to Nova Scotians, though so far any commemoration from the City has not included the lowering of the flag at City Hall. 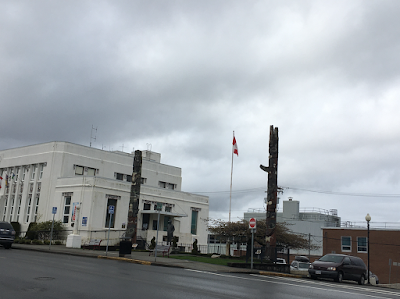 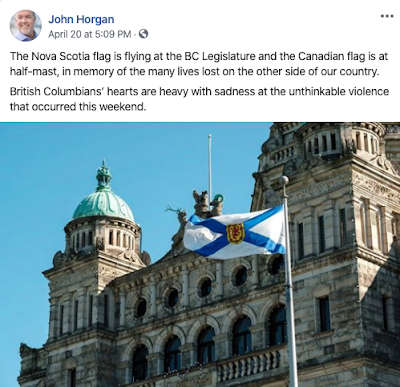 In support of the people of Nova Scotia, that province's flag is currently flying at the BC Legislature, with other measures of solidarity also in place in the Provincial capital. 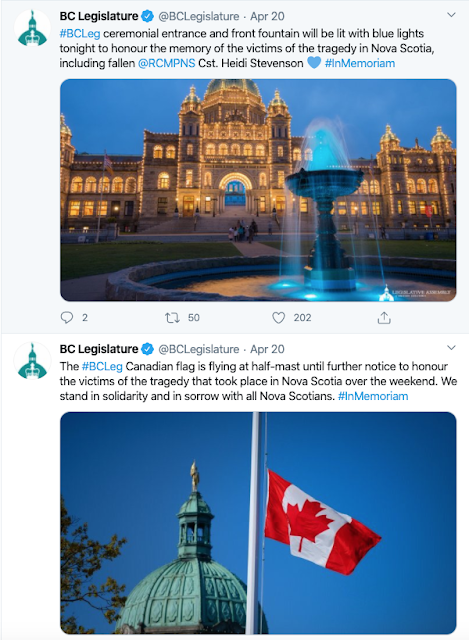 In Nova Scotia, the investigation into the events that led up to the mass-murders continues.

The alleged gunman in the incident was shot and killed by RCMP members at a rest stop on the outskirts of Halifax on Sunday, finally bringing the murder spree to an end.

You can review some of the background to the tragic events from our D'Arcy McGee blog.

Email ThisBlogThis!Share to TwitterShare to FacebookShare to Pinterest
Labels: Symbols of solidarity with Nova Scota