Two former Rupertites make the List! That as recipients of the BC Achievement Award are named 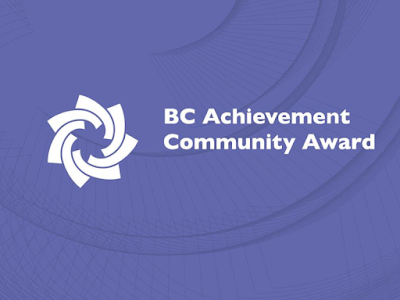 One of the province's top honours for community service were awarded on Monday, with Premier John Horgan and Anne Giardini, the Chair of the BC Achievement Foundation released the list of award recipients for this 17th edition of the awards.

In the preamble to the release, the Premier noted how those who give back to their communities are instrumental in making the province a better place.

“These days more than ever, our communities are made stronger by British Columbians who go above and beyond. Thanks go to all of the BC Achievement 2020 Community Award recipients for helping build a better province for everyone.” -- Premier John Horgan

Two recipients with long lasting ties to the Prince Rupert area were among this years list of distinguished members of the club: 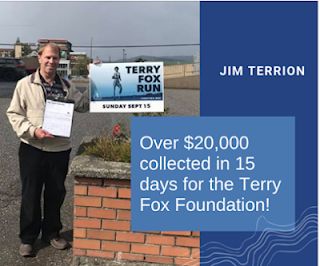 Jim Terrion, who is perhaps the most well know of Terry Fox Run fundraisers that there is, was celebrated for his efforts since 1990 to raise money and awareness of the annual run. Mr Terrion having raised close to 800,000 dollars since he first took to the streets of Prince Rupert.

The super star fundraiser who now lives in Prince George, but still returns to Prince Rupert as part of his fundraising work. has become a fixture on the larger stage of PG, receiving much acclaim.

Such has been the success of his fundraising efforts that he has been celebrated at City Council Chambers in Prince Rupert and Prince George, as well as to have been paid tribute in the BC Legislature.

Steve Little, a long time Prince Rupert resident who is no doubt familiar to radio listeners in the northwest is also an award recipient this year, Mr. Little who began his broadcasting career in Prince Rupert now is a fixture on CFNR Radio based out of Terrace.

Since relocating to that city he has immersed himself in that community raising funds for a number of local organizations and serving as a community mentor, often mentioned as part of many events around the city and the Northwest.

The recipients of the 2020 Community Award will be recognized in a formal presentation ceremony in Victoria, in the presence of the Honourable Janet Austin, OBC, Lieutenant Governor of British Columbia. Each recipient will receive a certificate and a medallion designed by BC artist Robert Davidson, OC, OBC.

Owing to the ongoing COVID-19 emergency the ceremony which was to take place this week in Victor has been postponed, with plans to receive the honourees at some future date.

You can learn more about all twenty five to be honoured here. 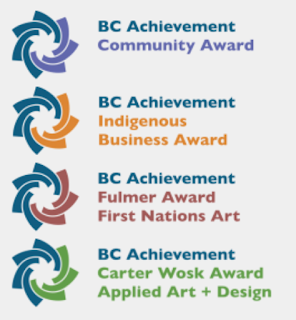 Prince Rupert Mayor Lee Brain was one of the members of the independent jury panel that made the final decisions on this years list of 25 award recipients.

The BC Achievement Awards are just one of four Awards that celebrate British Columbians the other awards include Indigenous Business, First Nations Art and Applied Art and Design, learn more about those awards here.

For more notes on Community events in the region see our archive page here.
Posted by . at 9:10 AM

Email ThisBlogThis!Share to TwitterShare to FacebookShare to Pinterest
Labels: BC Achievement Community Award