Two days before the homebound easter hunt, Prince Rupert Motorists on a hunt for gasoline in the city were treated to a price drop on Friday, with the new price point at the pump at all four gas stations in the city now set at 99.9 cents.

That marks the first time in many months, maybe a few years now that the price has dropped below the $1.00 per gallon mark.

Prince Rupert motorists have been watching the sign boards at local stations for much of the last month as the price began it's descent from the days of $1.28 recorded in early March.

The drop in pricing has been seen across the province in recent weeks, as the Canadian market adjusts to the ongoing turmoil in the global oil industry. 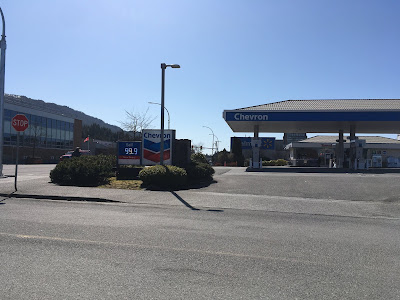 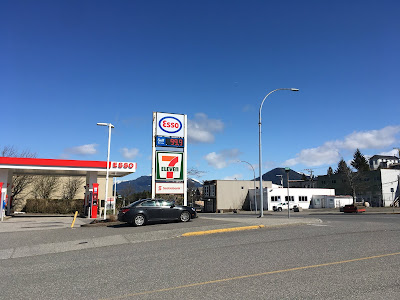 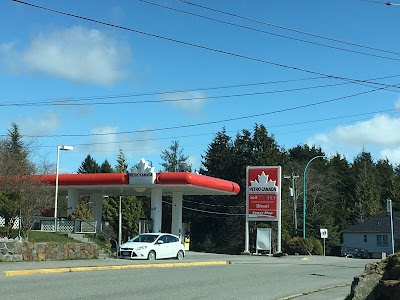 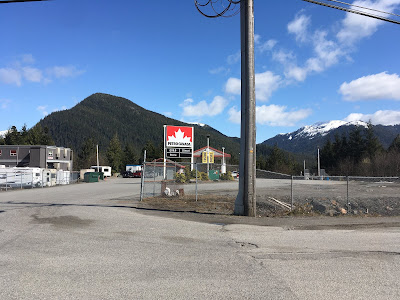 For the moment, Prince Rupert makes for the lowest prices in the Northwest, at least as recorded by the online reporting program on the GasBuddy.com website. 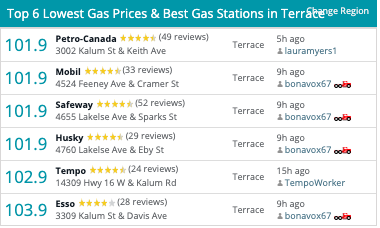 More notes on the commercial sector across the northwest can be found from our archive page.
Posted by . at 4:22 PM