Dr. Bonnie Henry's notes on public distancing and travel themes should make for opportunity for a City of Prince Rupert update on local issues 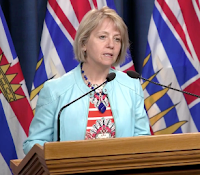 During the course of the Monday COVID-19 update from British Columbia's Provincial Health Officer Doctor Bonnie Henry, the doctor responded to a question from the media on themes of people not following the guidance towards physical distancing, with some high profile flaunting of the rules over the weekend noted by one reporter.

In her response the Doctor, as has been her measured response for much of this pandemic, repeated her frequent approach of giving people the understanding and the means to do the right thing; though noting that increasing awareness and enforcement of the rules is something municipalities across the province have the ability to ensure.

We need to ensure that people are aware of the rules, we need to step up some of the enforcement of those rules and we have bylaw officers in all of our communities now who are able to do that and we need to put in measures that make it less easy for people to flaunt the rules if you will. Simple things like closing the parks to vehicular traffic so that there's more ability for people to have space, making sure that the beaches are able to support people being with their families and being outside and not mingling with others"-- Doctor Bonnie Henry during her Monday update

Whether Prince Rupert is making use of its bylaw office to address those issues remains somewhat murky however, with little guidance for the community from the Mayor or City Council since March. 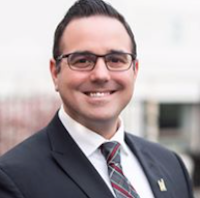 The last we heard of the bylaw officer was a comment  from the Mayor the day that the Premier and Solicitor General brought the City's brief Declaration of a State of Local Emergency to an end, with  the Mayor clearly in an angry frame of mind that day.

"So now their message is clear: we must wait for the Province to tell us what to do.

We are to give them a list of our needs, respond to requests for information and supplies, and make all our facilities available to them. They also suggested that our 1 bylaw officer should go enforce their provincial orders ..."

Since that time, with the city's elected council members having seemingly shifted to some form of witness protection program with no public comments and a cancelled City Council session to go with it, the Mayor has for the most part spoken solely through his Facebook page.

From his social media pulpit, Mr. Brain continues to highlight his ongoing disappointment at the provincial government decision, as well as to air his list of grievances with the Premier and his government.

At the same time he continues to receive the counsel of his social media followers: some of whom have offered up calls towards any range of approaches, including renewed calls for the closure of the highway, confiscation of property and in some instances even calls for what can only be considered some alarming vigilantism.

None of which the Mayor seems to attempt to dampen down, allowing his forum to become the new City Council chamber at times, with little guidance or oversight to reduce some of the more inflammatory commentary of his unelected pool of advisors.

Still, it might be of some help to hear from the Mayor and the elected City Council membership as to whether the Prince Rupert bylaw officer has any role in enforcing the rules and regulations related to physical distancing in the community, or if those duties are being taken on by the local RCMP detachment.

For the most part, the community seems to be heeding the virus fighting guidance of Dr. Henry, though if everyone had arrived at the parking lots for the Butze and Tall Trees Trails at the same time on Easter Sunday, then physical distancing at the city limits would have been considered to be nothing but a rumour.

Another area where the Bylaw officer could perhaps be put to use would be to compile a video report on the theme of out of town visitors; a very popular topic on the Mayor's Facebook page.

A high profile community platform where if you were to read the unverified contributions to date, we have seen a surge of out of town and out of province arrivals in recent weeks.

Evidence of such an invasion seems somewhat scant around town though, the last week five days of touring the Rushbrook Floats found no out of province visitors and on some days few visitors at all in the parking spots assigned to boaters, the same for the most part goes for the parking lots of local grocery stores. 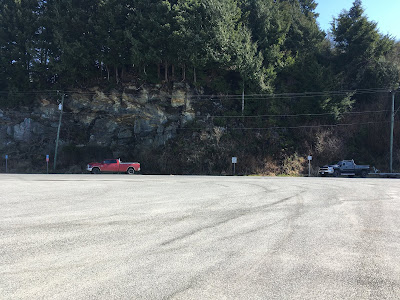 Perhaps to help to provide for some factual overview over the less reliable accounts of the Mayor's social media platforms, the city could task the Bylaw Office to travel to the more likely spotting locations in the city.

Making a tour of Rushbrook Floats, the grocery stores the campground and such, to document just how large the problem may be, something that may help to reduce some of the more troubling aspects of the commentary from the Mayor's Facebook page.

Should there be the volume of visitors that has been reported, or even if there isn't, post the video to the city's You Tube page. That way to provide for the true state of the situation and then to explain what steps under the current Provincial orders that the City can take to resolve the situation.

It might also be helpful if the city's council members began to take a more prominent public role in message making and direction from City Hall; sitting silently by while the city appears to now be run through a social media platform seems like an unusual approach to civic governance.

For more notes related to past work from City Council see our archive page here.
Posted by . at 9:02 AM

Email ThisBlogThis!Share to TwitterShare to FacebookShare to Pinterest
Labels: Is the city using the Bylaw officer on local enforcement of public health orders and notes