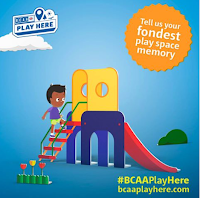 May 30th is decision day when it comes to a contest being run by the British Columbia Automobile Association that has a Prince Rupert initiative in the running for the final selection process.

Transition Prince Rupert's plan for the McKay Street Park have been submitted for the contest and is in the running to be among the top 5 finalists.

Should the Prince Rupert project make the final cut, it will up to online voters to select the final winner which could receive the Grand Prize of 100,000 dollars to put the revitalization plan in motion.

The voting process will launch on May 30th and carry through until June 29th, and those with a Facebook, Twitter, Google or email account will be allowed to vote one time each day through the course of the voting period.

The winner of the BCAA Play at home competition will be announced on July 11th.

Transition Prince Rupert submitted the following video to make their case for the plan. The main thrust for their proposal comes from the Placemaking sessions held in January of this year.

You can learn more about the BCCA competition here.