Former NWCC President finds herself in a Manitoba tempest 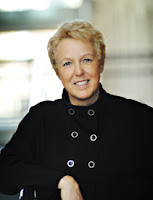 Stephanie Forsyth, the former President of Northwest Community College who left for Winnipeg's Red River college a few years back, is finding that the Academic and Administration fishbowl in Manitoba, is certainly a more magnified thing it seems than that of Northwestern British Columbia.

The President has found herself in the middle of a little bit of a tempest over her expense account and some reported expenses that some have raised a few eyes over.

The controversy over her expense account came to light after the Canadian Taxpayers Federation released documents that highlighted some of the questionable items on the list of expenses.

Among the items of concern, a $205 pair of golf shoes, a duffel bag and expenses related to her BMW, including car washes, winter tires, a GPS system and her drivers' licence.

On Thursday, Red River College advised that Ms. Forsyth, who was named to the position of President of Red River College in the Manitoba capital in 2010, would be reimbursing that educational institution for some of the items that she expensed to the college over the last few years.

The Canadian Taxpayers Federation is urging Red River College to conduct a review of the situation further.

During Ms. Forsyth's time at NWCC, the college embarked on a restructuring of sorts, with a number of program cuts and financial reduction programs implemented.

With her departure for Red River College, NWCC hired Dr. Denise Henning to the position in January of 2011,  taking over the the post as the college faced more financial challenges, some of which continue on into this year.

You can review some of those NWCC issues from our archive.

Some background on the Manitoba brouhaha can be found below.