As most residents know about life in the Northwest, the competition between communities whether in Minor Hockey, the Senior Hockey circuit of the CIHL, High School Sports, or any other sporting or cultural event for that matter is always fierce.

Add in some controversy and you have what could be the makings of an episode of the Simpson's and those epic battles of Springfield and Shelbyville.

Like a key call t in a hockey game, Terrace Minor Hockey players have taken to video to make their case in a disagreement over a Minor Hockey ruling. One that took away the Terrace Midget Hockey teams berth in the provincial championships, a ruling that is not sitting well with Terrace hockey officials.

The history of the controversial decision dates back as far as February 25th when the Terrace Midget team claimed victory in a match over Smithers at the Zone championships, a game that proved controversial in itself, after Terrace qualified for the game in re-play against Kitimat, who had previously filed a protest over Terrace's use of an ineligible player.

If you have all that, buckle in, as the situation only gets more confusing as the discussion moved into March. 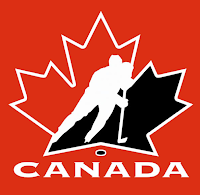 From that victory came yet another appeal over the use of the illegible player, this time from the Smithers squad.

It was an appeal regarding an on ice incident in a previous game, and one that was accepted by BC Hockey and appeared to put in motion the Smithers team for a trip to the provincials starting on March 17th in Port Alberni.  (see here and here)

However, Terrace has taken the matter one step further, appealing the BC Hockey decision to the national governing body of Hockey Canada.

CBC Daybreak, examined the percolating discontent and offered up this review of the controversial end to the Northwest Minor Hockey season.

For the most part over the last three weeks the dispute seems to have been the domain of the adults, both hockey officials and parents.

However, to further their cause, the Terrace Midget players have posted a video on You Tube, perhaps seeking to sway Hockey Canada to their way of thinking, or in the end providing the epitaph to their season.
.
.
Most observers suggest that it's unlikely that Hockey Canada will overturn its provincial body's ruling, but like a last minute rush in a close game, the Terrace side appears to be hoping for the winning goal with the clock running down.

Hockey Canada is expected to issue their ruling this week and fast they should be, as the deadline heading towards Port Alberni is fast approaching.

It would appear that the Terrace appeal to Hockey Canada was not successful, numerous posts on the Twitter social media seem to be providing a glimpse into the Hockey Canada decision.

Email ThisBlogThis!Share to TwitterShare to FacebookShare to Pinterest
Labels: Northwest Minor hockey controversy continues on as provincials near