Rupertites prepare to power down for an hour, as Earth Hour approaches 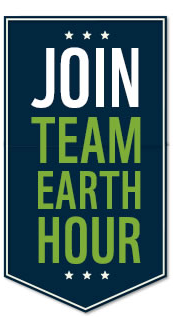 At 8:30 tonight you may notice that things go rather dark and somewhat quiet, Prince Rupert residents like communities around the world will observe an hour of reduced energy consumption tonight, as we observe the hour of dimness, if not darkness from 8:30-9:30.

Prince Rupert has a chance to move itself higher up the rankings for Earth Hour tonight, hoping to build on last year when the city and its residents reduced their energy consumption by 4.1 percent, among the top ten communities in the province that took part in the Earth Hour challenge.

While the climb to the top could be steep, (Revelstoke was number 1 with a 12.1 per cent reduction) Rupertites usually find that powering down and enjoying the hour of darkness is a welcome gesture, all part of a global effort to the goal of conserving power and building better habits when it comes to energy consumption.

Last year British Columbians saved 121 megawatt hours of electricity and reduced the provincial load by 1.67 per cent during the one hour break from the grid. That would be the equivalent of turning off about 9 million 12.5 LED bulbs.

BC Hydro has been a long time supporter of the Earth Hour observation, joined this year by Fortis BC which has details for those that take the pledge and the possibility of gaining an energy efficient retrofit for your home. They also offer up details on the  Earth Hour Challenge for business.

However, the driving force behind the Earth Hour initiative is The World Wildlife Fund,  you can learn more from the Earth Hour page of their website, about their efforts to reduce our impact on climate change.

Participants around the world can log on and register as part of Team Earth Hour making sure that their  personal hour of power reduction is not only counted, but logged in world wide.

Vancouver was recently named the Global Earth Hour Capital recognized for its innovative actions on climate change and its dedication towards a sustainable, vibrant urban environment. They also claimed the People's Choice award winner scoring the highest number of online votes.

Earth Hour even has an anthem, though if you're truly going to observe the spirit of the hour of energy reduction, you won't be able to play the video below through the hour, so we suggest you memorize it through the day and sing it A Capella when 8:30 arrives tonight.

This marks the sixth year that Earth Hour has been observed across the province and Prince Rupert it seems has always been a rather enthusiastic participant in the project. The City of Prince Rupert recently made a step towards better energy consumption, with the much discussed (and much noticed) change to LED street lighting.

And while we do our part, we may not be quite as enthusiastic as Hartley Bay. That community shuts down the oil generator that generates its power, making everyone a participant we imagine, though since they aren't part of the BC Hydro power grid, they get counted for participation in the contest, but do get a Gold Star for effort and dedication.

You can review our findings from Earth Hour 2012 here.

You can follow the progress of Earth Hour around the world from this  dedicated web page to today's efforts, you can also track the day's developments from the twitter feed that has been created to keep everyone up to date (with a one hour absence of course).

Some items of note from Saturday's Earth Hour efforts