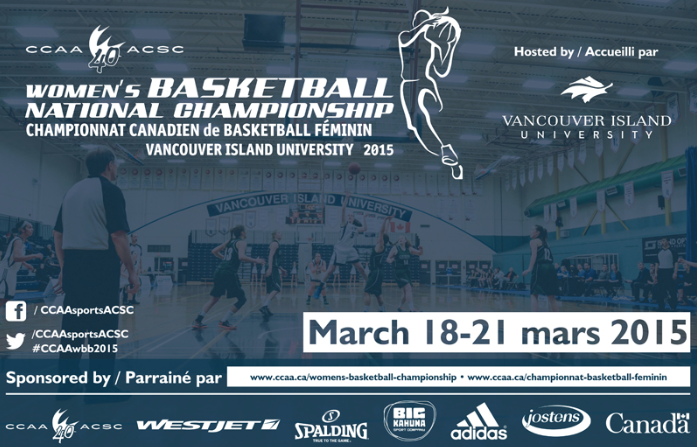 For basketball fans, March is a month that features one tournament after another, the recently completed high school basketball showcase of Langley is one high profile example, as well as the always entertaining University tournaments in Canada and the USA that are broadcast on television.

This week, the Canadian spotlight falls on the Canadian College Women's Basketball Championship, which this year is being hosted by the Vancouver Island University Mariners from Nanaimo.

There is a Prince Rupert connection to this years season finale for the college game, as Rupertites will want to keep an eye on the score sheets from Nanaimo, as former Charles Hays Rainmaker Celina Guadagni's Mariners look to claim the CCAA title. 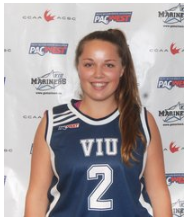 Guadagni and her team mates take to the court at 6 PM tonight in their first game of the tournament, as they face Holland College from Prince Edward Island.

Along with the VIU squad, Montmorency, Mount Allison, Humber, Sainte-Foy Holland, Lethbridge and Quest are all participating in the College Basketball season finale.

Events got underway on Wednesday with the CCAA Awards, first as the All Canadians were announced, as well as the Coach of the Year.

The tournament awards announcements wrapped up with the naming of the CCAA Women's basketball player of the year.

The Full Schedule for the three day tournament, along with live streaming links can be found here.

Nanaimo offered up a welcome to the participants of the 2015 CCAA Championships with the video below:


News items related to the three day tournament can be viewed below:

More items related to Prince Rupert athletes playing away from the North Coast can be found on our archive page here.
Posted by . at 8:39 AM