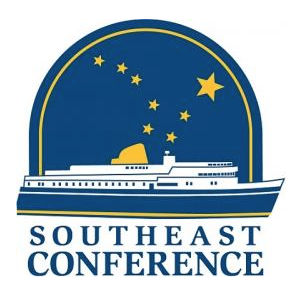 Prince Rupert's delegation to Alaska's Southeast Conference will soon be making their way home, with the two day conference in Juneau coming to a conclusion later today.

For Mayor Lee Brain, it marked his first opportunity to exchange pleasantries and ideas with the northern neighbours and from the accounts of Ketchikan public radio, his debut appearance at the Southeast gatherings provided for some key discussion points with a North coast point of view.

The Mayor addressed the conference on Tuesday, with two main themes for the delegates.

First reviewing the importance of the Alaska Marine Highway System to both the state and Prince Rupert, highlighting the convenience that the Prince Rupert stop provides for travellers to the state.

“We see Prince Rupert as Canada’s gateway to Alaska. This is the quickest way to get to Alaska. Most people don’t want to drive through the Yukon up to Alaska. So, we see this as a very important economic and partnership opportunity to continue on with this link”

The second topic from his presentation, provided a larger overview of the opportunities ahead for Prince Rupert.

As the Mayor updated delegates regarding developments with he Fairview Container Terminal and background on some of the proposed LNG terminals planned for the region.

Areas of commerce that the Mayor suggested offers opportunity for trade for Alaskans.

Beyond the various sessions related to the conference agenda, the Mayor and his travelling party have also had opportunity for discussions with Senate Transportation representatives, as well as with Alaska Governor Bill Walker.

The KRBD report can be reviewed here.

More background on the Southeast Conference sessions can be found below:

Email ThisBlogThis!Share to TwitterShare to FacebookShare to Pinterest
Labels: Prince Rupert at the Southeast conference 2015 . March 2015