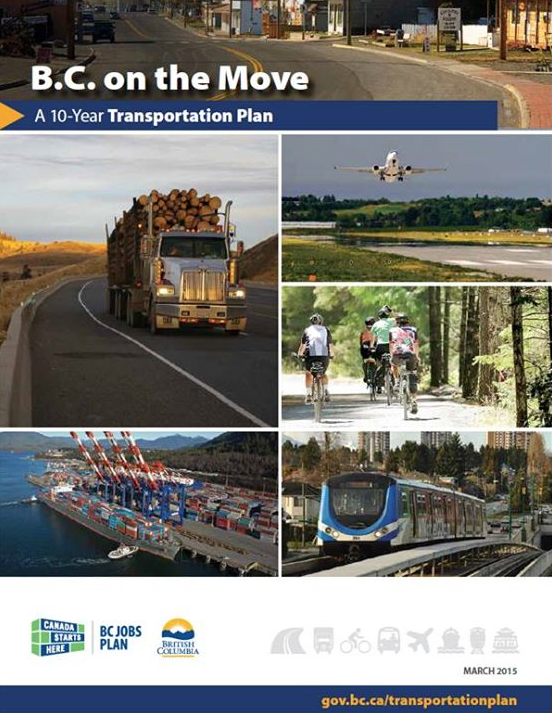 Earlier this week the Province of British Columbia introduced its 10 year Transportation plan known as BC on the Move.

A 2.5 billion dollar project designed to grow the economy, as well as to maintain and replace aging infrastructure across the province  and provide support to B.C.'s expanding resource sector.

The final document delivered this week, was created through engagement sessions across British Columbia, where Ministry of Transportation officials heard concerns and received suggestions on transportation issues from a number of communities.

There were three sessions of interest from the North Coast and Haida Gwaii, opportunities for the province to gain some insight into what local residents were looking for, when it came to transportation issues of the region.

The thumbnail reviews for Prince Rupert highlighted concerns related to truck traffic both on the highway and on surface streets related to Port and potential LNG projects, with Highway 16 identified as a key link for any potential LNG development.

As well transportation issues related to the Prince Rupert Airport and a desire to see a walking/cycling trail created along Highway 16 were some of the other items outlined at those community sessions of last October and November.

You can review those items in more detail below.

(To enlarge the engagement points listed, click on each section, that will open the discussion points in a separate window) 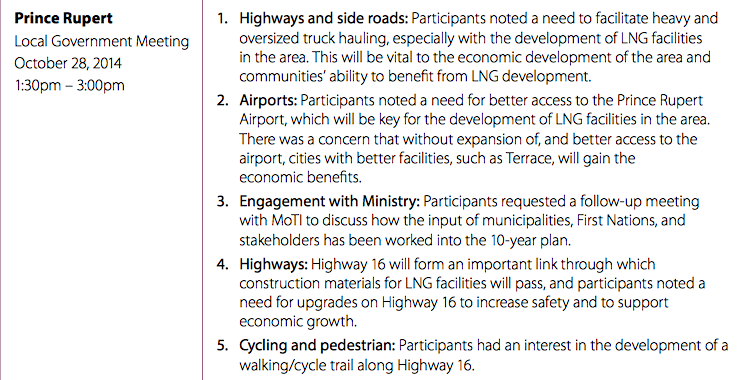 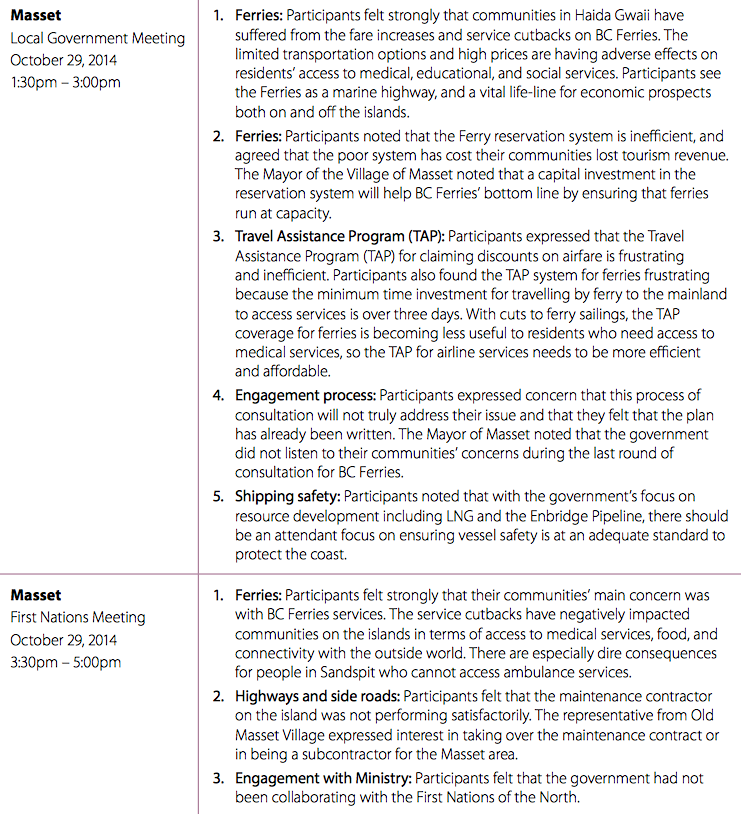 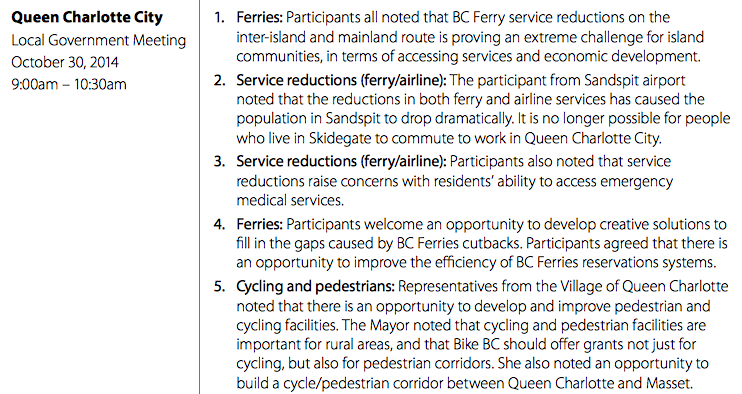 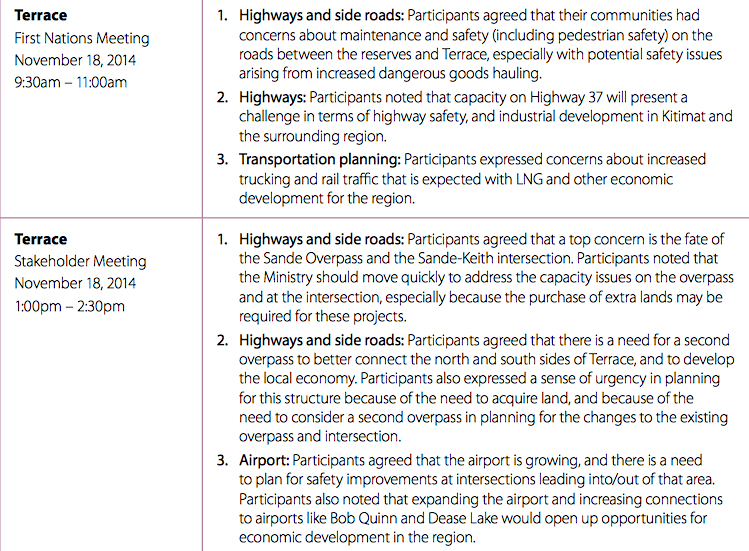 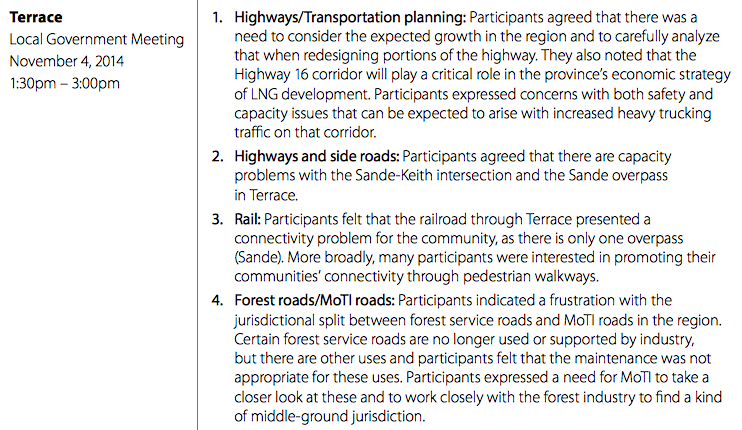 Considering the amount of time dedicated to the Terrace stop and the volume of interest from that community, it's probably not a surprise that one of the first of the major projects announced following the launch of the program features improvements for that community.

As the Ministry of Transportation outlined details regarding a project designed to improve the Sande Avenue - Highway 16 intersection at Keith Avenue in Terrace.

To this point that project, has been the only improvement project announced for the Northwest region.

The larger document for BC on the Move can be reviewed here.

More items on issues related to Highway 16 across the Northwest can be found here.

Email ThisBlogThis!Share to TwitterShare to FacebookShare to Pinterest
Labels: BC on the Move project launched, March 2015