Haida Nation finds success at the court; No Commercial Herring Fishery off Haida Gwaii this year

The Haida Nation was celebrating a victory in the court over the weekend, with an injunction granted to the Haida to prevent the re-opening of the commercial herring fishery off the coast of the Islands.

The decision was delivered on Friday afternoon, following a court hearing on Thursday where the two sides made their case related to the contentious plan for a herring fishery.

The Haida posted the injunction to the Council of the Haida Nation website shortly after the decision was brought down Friday.

The Haida also provided some background on the case, heralding the injunction as serving to stop what they have been saying is an unsustainable herring fishery.

As well as highlighting their position related to the herring fishery, they also provided a glimpse into their concerns over the attitude of the Department of Fisheries and Oceans regarding sustainable fisheries.

Further details from Friday's injunction can be found from the media release below. 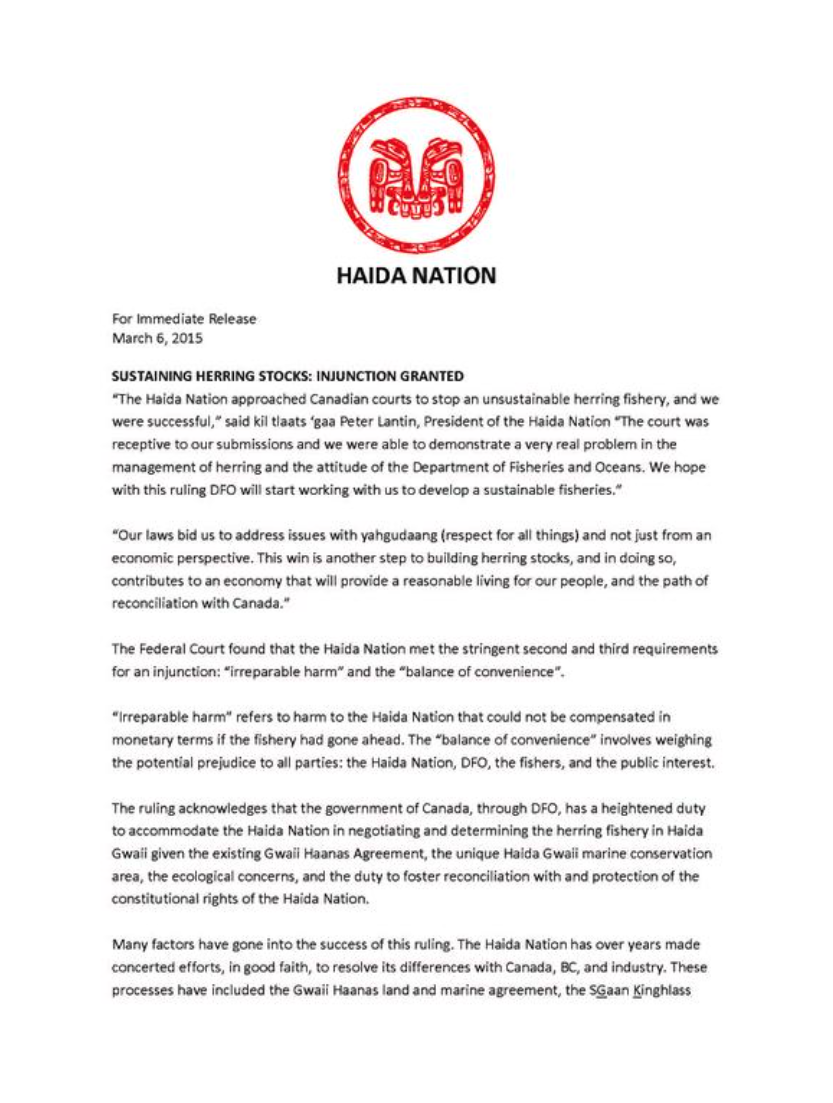 The court injunction wasn't the only set back to DFO's Herring plans for this spring, on Sunday it was announced that the Barkley Sound herring fishery was being cancelled after poor samples were recovered.


Below, some of the items from the media overview from the weekend.