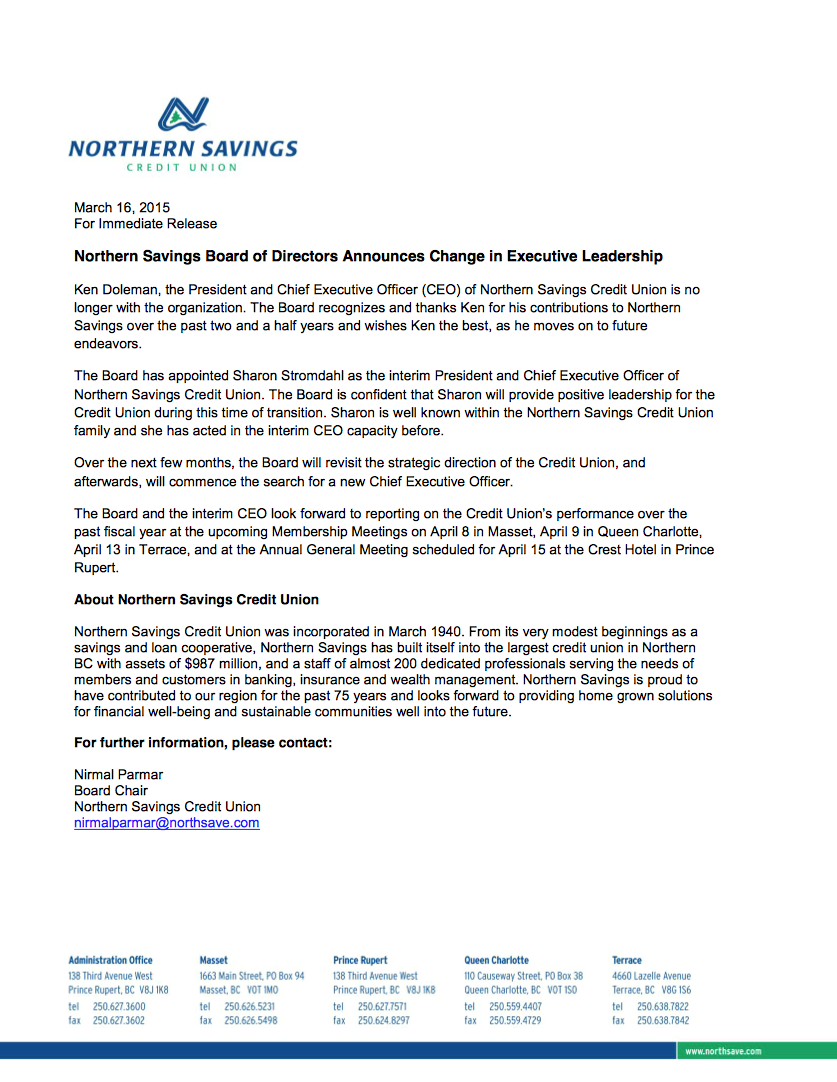 Mr. Doleman apparently left the company earlier this month, having served in his capacity as CEO for over two and half years.

Northern Savings hailed his contributions to the financial institution, wishing him well in his future endeavours in a March media release. No further background on the change in direction was offered through the media release.

The Board has appointed Sharon Stromdahl to take on the duties of Interim President and CEO while the Board considers its strategic direction for the Credit Union, once they have determined their path forward, they will launch their search for a new CEO.

It is not the first time that Ms. Stromdahl has served as an interim CEO, a familiar face known with the Credit Union she will offer some continuity for the organization as they revisit their direction and start their search for a new head.

Ms. Stromdahl and the Board will be reporting on the Credit Union's performance over the last fiscal year with a number of public information sessions across the region in April.

Prince Rupert members will meet on April 15th with the AGM set for the Crest Hotel.

You can review the background from the announcement here.
Posted by . at 10:24 AM