An information release from the media communications company CNW, a portal that creates and relays press releases from Canadian companies, is making note of some support for the Eagle Spirit Oil pipeline plans from members of the Lax Kw'alaams community.

In the media release issued earlier today, CNW outlines a review of a Monday information session in Prince Rupert, with the information notes suggesting of some bristling opinions during the meeting with Eagle Spirit representatives. 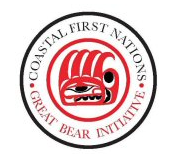 For the most part, the media release provides for a string of observations from those who attended the Monday session, all of them providing for a positive view of the plan as outlined on the evening.

As well, a portion of the information flow from today offers up some push back towards opposition to the proposal from elder Murray Smith and from Art Sterritt and the Coastal First Nations, which recently came out strongly against the Eagle Spirit proposal.

The rebuttal to those points is provided through quotes from a number of Hereditary Chiefs who offered up some sharp rebukes to the issue of who speaks for the community.

Hereditary Sm'gyeget (Chiefs) Nees Wexs (Clyde Dudoward), Ligi Watgwatk (Donald Alexcee), Gitxoon (Alex Campbell), and Nees Nuganoos (Randy Dudoward) took issue with a recent press release citing elder Murray Smith who supposedly spoke for the nine tribes in the community on this subject, collectively stating that, "neither Murray or Art Sterritt's Coastal First Nations organization speak for our tribes or community and they should stop pretending they do. We were not consulted by those groups for any real opinion. We can do our own thinking and looking after our own land."

Observations on the impact that the proposed development may have on the community, as well as some comments related to the environmental movement in the province were also delivered through the information campaign:

Hereditary House Leader Xaiget (Robert Sankey) commented, "Given its importance to the national economy we know oil is eventually coming to the B.C. north coast. We sure don't want bitumen by rail or by Enbridge's pipeline. We want the input into an environmental protection model that the Eagle Spirit project offers. Our community has huge unemployment problems and, once we are fully satisfied the environment is being adequately protected, we need the opportunities that are not being provided by environmental do-gooders now."

Lax Kw'allams Councillor Chris Sankey also offered up continued support for the Eagle spirit initiative stating: "the huge amount of positive support for the Eagle Spirit proposal shown by our community members today reinforces previous interest in further exploring this. Of all the pipeline projects seeking to come through our territory, this project offers the highest environmental protection and the greatest benefits to our community [based on preliminary information available so far]."

You can review the full media release from CNW here.

However, while some in the Lax Kw'alaams community have clearly offered their thoughts on the proposed pipeline project, which would bring synthetic crude oil from an upgrade facility in Northeast BC or Northwest Alberta, to a shipment terminal site somewhere on the North Coast. It's worth noting that officially there isn't much comment coming forward from the Lax Kw'alaams Government at the moment.

The usual channels of information  from the community of the Band Government website and Facebook page have made no mention of the Monday meeting, nor of any formal declaration of opinion on the topic of Eagle Spirit one way or the other.

Going further a quick scan of the Lax Kw'alaams website, also provides for no background information related to the Eagle Spirit proposal through any of the information options available to the public.

Until further comment is heard from the full roster of elected officials, it will be hard to determine  just how much official support the Eagle Spirit proposal has in the community, or if there is a growing split in a community that saw much discussion in November related to Band issues.

The Eagle Spirit Energy proposal spearheaded by Calvin Helin, has been suggested as a less risky alternative to the Enbridge Northern Gateway proposal.

It features the backing of the Aquilini Group and has made consultation with First Nations one of the key aspects of its path towards winning support for the project.

You can review our past items of note on the Eagle Spirit proposal from our archive page here.

Background on past events at Lax Kw'alaams can be viewed here.
Posted by . at 11:37 AM

Email ThisBlogThis!Share to TwitterShare to FacebookShare to Pinterest
Labels: March 2015, Some members of Lax Kw'alaams offer up support for Eagle Spirt proposal