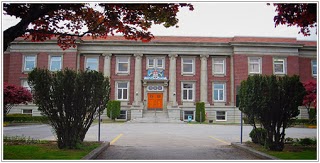 The coroner's inquest into the April 2014 deaths of Angie and Robert Robinson has begun at the Prince Rupert Courthouse, as Coroner Michael Egilson and the coroner's jury selected to review the details of the case began hearing the first of what will be a week of testimony.

The Coroner's jury will review the events of April and hear testimony from relatives and those in the community who knew both members of the Robinson family. The tragic nature of their deaths has already led to increased calls for better services and attention to issues that families with autistic children and other special needs face across the province.

The MLA has raised the Robinson's case in the Legislature a number of times in the past year in Victoria.

The coroner's jury will be tasked with examining the facts and background surrounding the Robinson's deaths.  The findings from their week in Prince Rupert will provide for recommendations for future consideration to help to prevent similar deaths stemming from social factors such as those in place in the case of the Robinson's.

The public inquest was announced in April of this year, some background related to the decision to hold it can be found here.

Robert Robinson
Angie Robinson
Posted by . at 8:08 AM