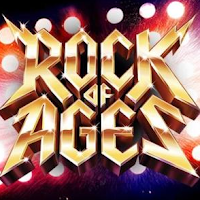 Prince Rupert's Music and theatre community are tackling an interesting concept for their annual presentation set for April in 2016, with their inner Rock Star personnas ready to burst through with next year's production of Rock of Ages.

Auditions for the Community Musical production will be taking place on Sunday, October 4th and Monday the 5th, with both session taking place at the Lester Centre for the Arts.

The October 4th auditions are scheduled for 1 to 4 PM, while the Monday sessions will take place from 7 to 9 PM.

The Musical Comedy has been featured in both theatre and movie versions, the latter featuring Tom Cruise and Russell Brand.  At the moment the theatre production is making news, thanks to an extended run in Las Vegas.

The local version, which is being presented through a special arrangement with Samuel French, will see some five months of rehearsal and set development ahead before the project takes to the Lester Centre Stage from April 7th to 9th.

Ages for audition are from 14 years and up, those interested in making their presentation can contact Crystal Lorette at the Lester Centre to book an audition, you can call 250-627-8888 or contact Ms. Lorette at CrystalL@lestercentre.ca

Email ThisBlogThis!Share to TwitterShare to FacebookShare to Pinterest
Labels: Community Musical Auditions for Rock of Ages next month