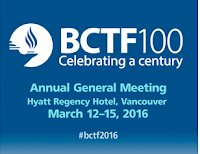 At this week's BCTF Convention, delegates selected Vice President Glen Hansman as their new leader, a kindergarten teacher from Vancouver Mr. Hansman takes over from soon to be former President Jim Iker, who first served as the BCTF head starting in 2013.

Hansman was elected in an uncontested election, bringing with him past efforts as part of the roll out of the Truth and Reconciliation initiative, as well as his work as the anti-homophobia consultant with the Vancouver School Board.

He will take over the top position of the union as the BCTF prepares for their appeal on class size composition this fall at the Supreme Court of Canada, that hearing is to take place in November.

On Monday Hansman reiterated some of the key objectives he will look to address as the BCTF moves forward, among them.

Improved teaching and learning conditions in BC public schools in all areas of the province, and securing the necessary supports for successful implementation of the new curriculum.

Engagement of members new to the profession and planning for the next round of bargaining.

Working to address systemic discrimination in the K-12 system by supporting implementation of the calls to action by the Truth and Reconciliation Commission.

Working with parents and others to restore public education funding.

Taking on the position of First Vice-President is Teri Morring from Quesnel, while Clint Johnston, a teacher from Chilliwack becomes the Second Vice-President.

More background on Mr. Hansman's election can be reviewed here.

The BCTF  has been celebrating its 100th anniversary at the AGM, with four days of reports, information sessions and resolution adoptions taking place at Vancouver's Hyatt-Regency Hotel.

The gathering comes to an end today with a review of the last round of Resolutions and any unfinished business that needs to be attended to.

Some of the reviews of Mr. Hansom's election can be found below:

More items related to education in British Columbia and on the North Coast can be found on our archive page.
Posted by . at 8:25 AM