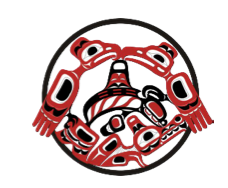 The First Nation is also set to receive further payments from the two pipeline proponents should the pipelines go into service and provide supplies of natural gas to proposed LNG facilities on the North Coast.

The two agreements look as follows:

The TransCanada agreement has already provided 430,000 dollars to Metlakatla, with the First Nation set to receive two separate payments of just over 1 million dollars as construction starts and the natural gas line goes into service.

The Prince Rupert Gas Transmission Project will deliver natural gas to the proposed Pacific NorthWest LNG project at Lelu Island, should that project receive federal approval and the parent company Petronas decide to give Final approval to the project.

Spectra Gas has also provided an initial payment of $390,000 as part of their West Coast Connector Gas Transmission project, with $975,000 to be delivered as construction starts and and equal amount when the line goes into service.

That pipeline project would deliver gas to the proposed BG Gas LNG terminal at Ridley Island, however that project has been on pause for over a year to this point, with few announcements made  related to the project since BG officials put the project on "pause" in October of 2014.

“It is important that we have a voice in developing industries in our territory. This kind of benefits agreements gives us that voice and offers us the opportunity to move forward in partnership with government and with business in a way that benefits everyone.”

More background on Monday's twin agreements can be found here.

As we outlined on the blog last week, Metlakatla along with a number of other members of the Tsimshian roundtable received a commitment of funding of 9 million dollars by the Province of British Columbia towards training and socio-economic issues in Tsimshian communities.

You can learn more about the two LNG Terminal projects from our archive pages below.

For more items related to news from Metlakatla see our archive page here.