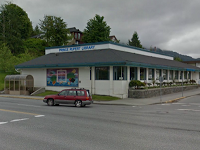 The last few months provided for a number of weeks of uncertainty for the Prince Rupert Library, with the proposed funding cuts of January from City Council making for some concerns for both Library staff and residents that make use of the Library facilities.

Those immediate financial issues would appear to be on a course to being solved through the return of full funding by City Council last week.  A sensible decision that was no doubt welcomed by the many Prince Rupert residents who had expressed their disappointment with original funding cuts announced in January.

And if one is to look for silver linings in a controversial situation, one side benefit of all the attention to the library since January, has been a spike in interest in the facility and what it has to offer the community, with the Library finding a jump in the numbers of those stopping into the facility at the corner of McBride and 6th West through the first three months of the year.

Devlin Fernandes a member of the Prince Rupert Library Board, was a participant at last week's Public Forum on the budget, taking time to thank the City for the return of full funding and providing a short glimpse into developments at the library.

As a follow up to her presentation on Monday, she has outlined for the North Coast Review some of the functions that the Library provides for the community and the trends of increased usage that have been found over the last year.

The items provide a review of user statistics at the Library for 2015 and make for a very useful snapshot as to how valued the Prince Rupert Library is to the region, among the items that stood out from the review include:

42,248 books & pocketbooks loaned out
71,483 total library materials circulated
(including books, DVDs, ebooks, video games, talking books, and more)
31 outreach services
(including lighthouse deliveries, Acropolis deliveries, and shut-in visits)
169 sessions for adults
102 sessions for children
Nearly 55,000 visits to the library (54,941)
1073 items brought in for PRL patrons from other libraries (interlibrary loans); -
10,632 Internet users, with many using the Library's computer terminals to access government services, such as the  renewal of fishing licences, applying for jobs and other functions.

One important statistic of note for the Library is the increase in members ship found in 2015 with over 392 residents becoming members in the last year.

The decision of Council to review its original decision was a wise shift in policy, the reaction from the community an indication of just how much the Library and its services are valued in the region.

Finding a way to ensure for stable funding for organizations and groups such as the Library has been one of the topics that the Mayor and Council have discussed this year, though no firm proposal has yet to be provided to further move towards that goal.

The interest in the Library issue over the last few months provides an indication that the public is quite interested in the fate of some of its key local institutions, something Council will have to consider carefully as they move forward with any shifts in funding concepts.