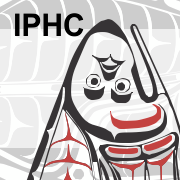 After a week of discussion and review during sessions in Victoria, the International Halibut Commission has outlined the bi-national catch allocations for the halibut fishery for 2017.

The Victoria meetings marked the 93rd time that the panel has met to discuss issues of the halibut fishery and to set the guidelines for an upcoming season, meetings which at times have become quite controversial as industry fleets received the word on how much of the stock they will be able to chase.

The week long review of the industry brought together more than 200 halibut industry stakeholders to meet with the IHC commissioners.

A look over the briefing pages from the handout to last week's meetings gives an indication as to the expansive nature of the discussions related to the halibut fishery, with technical sessions, policy briefings and a range of studies making for much of the work load through the five days in Victoria. 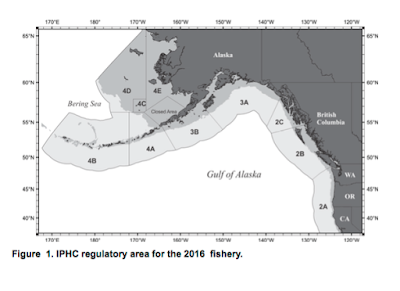 As for the catchment allowances for 2017, British Columbia which represents Area 2B on the regulatory map was allocated with a total of 7,450,000 pounds for both commercial industry and sport fishery elements for the year.

The British Columbia allocation is an increase from the 2016 numbers, which saw 6,049,000 pounds of halibut landed on 668 catches.

Neighbouring Southeast Alaska which is listed as Area 2C, was provided with a combined catchment of 5,250.0000 which includes both the commercial industry and the guided Sport Fishery.

How those catch limits break down can be reviewed from the chart below. 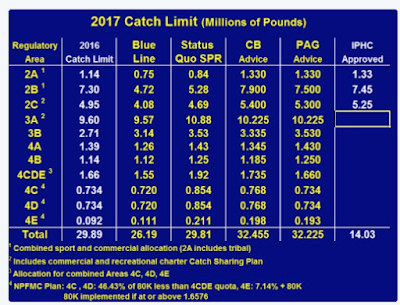 The Commission also approved of the length of the season for the U.S and Canadian Individual quota fisheries, the eight month halibut season will start on March 11th and will wrap up on November 7th.

The recommendations will now be turned over to the governments of Canada and the United States for final approval, providing the guideline for the 2017 Halibut season.

The full News release can be examined here.

You can review more of their work from the IHC website here.

Ketchikan's public radio station KRBD provided a thorough overview of the work of the Commission and how the issues of the Halibut fishery are viewed just north of the A-B line.

More items of note related to the North Coast fishery can be found on our archive page here.

Email ThisBlogThis!Share to TwitterShare to FacebookShare to Pinterest
Labels: International Halibut Commission catch allocations for BC