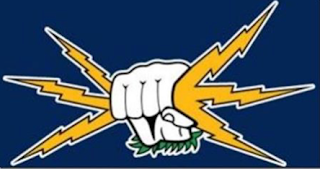 Some hard work on the court last weekend has paid off for the Charles Hays Senior Boy's Rainmakers, as Mel Bishop's Squad cracked the Top Ten Rankings for the first time in this 2017 High School Basketball Season.

The Rainmaker Boys who went undefeated at last weekend's Pitt Meadows Air Show, claimed the tournament honours with their Saturday night victory over the North Delta Huskies with a final score of 87-70.

The exposure offered up by the Pitt Meadows tournament an event which showcased some explosive offence and strong defensive play from the Makers' clearly caught the attention of High School Basketball observers in the Lower Mainland.

Those elements, along with a string of honourable mentions from the Province rankings through the holiday period of December and in January combined to provide enough material to move the Senior Boy's up to the Number 7 spot for this weeks placements.

The shift into the Top Ten finds the Rainmakers just one spot behind Nanaimo District, the team that provided for the closest of the four games of last weekend's Air Show.

Another Northwest School also gets a mention this week, with the Caledonia Kermodes listed once again in the Honourable mentions category. 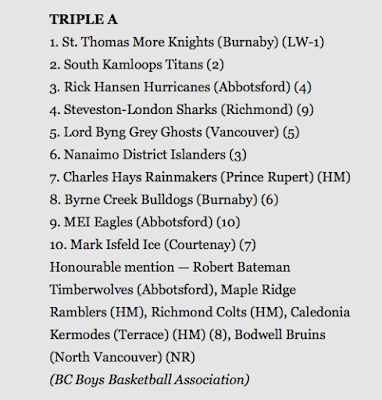 The Junior Boy's Rainmakers are also blazing a trail in the provincial rankings this month.

Prior to hosting the Coastal Classic coach Kevin Sawka's squad had secured a number 9 spot in the Provincial rankings. The Junior Varsity rankings have not been updated to this point of the week.

Updates on what's happening at the CHSS gym can be found on the CHSS twitter feed.

You can find more background on Rainmaker athletics from our archive page here.