French Immersion issues, plans for a new Middle School and Budget Planning among themes for SD52's February Board meeting 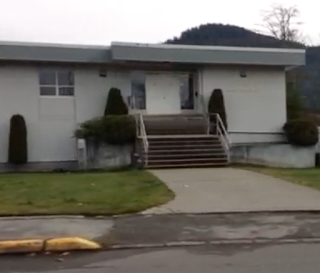 Members of the School District 52 Board met on Tuesday, bringing a wide range of topics to the table for discussion and sharing some notes on a range of initiatives and concerns for the public.

Among some of the key theme tackled on the night  were the Board's latest notes on the status of French Immersion studies in the community, with Board noting that they had received a significant number of letters from French Immersion Students and their parents.

District staff updated the Board on Tuesday of their efforts to recruit new staff members, making note of the challenges that have been found owing to a shortage of French Immersion teachers.  The Superintendent also announced plans to meet with the local Chapter of Parents for French, with that information exchange set to take place in the afternoon of February 27th.

The School District also relayed their latest notes on the progress towards a new Middle School in the community, which will come as part of their update on seismic upgrades planned for the current building.  From their notes of the Tuesday session, the Trustees noted that they will be holding an Open House at the PRMS Gymnasium on February 27th taking place from 7 to 9 PM.

At the session Board officials will seek to gather public input on potential sites for the replacement of the Middle School.  Those in attendance on that night will be provided a look at three options that the District has in mind for the new building, School officials will also be presenting those options to Prince Rupert City Council at the February 24th Council session.

Board officials also made note of the next Budget Consultation session, which is set to take place on Tuesday, February 18th at 7PM at the Booth Operations Building on Hays Cove Circle. The second budget info session is designed receive budget requests from District Partner Groups.

For those wishing to attend the Tuesday session, the School District notes that parking and access to the Booth Building can be made from the Lax Keen Elementary School's 5th Avenue East entry.

Board officials also received a presentation from  Teacher Maggie Rebalski and Vice-Principal James Zlatanov of École Roosevelt Park Community School. They described the success of the Cedar Merits Program, which recognizes student achievement towards the Ministry of Education’s core competencies.

Board Chair James Horne noted on some of the improvements that the program has delivered.

“The Board was pleased to hear that this program has improved student engagement during assemblies and in their regular class activities. Positive reinforcement of behavior makes the school a welcoming place for students and their families.”

School District trustees also received a report that charted the progress of the Board's four goals of the Aboriginal Education Partnership Agreement.

Ms. Burger also made note of the The Grade 8 transition feast and the continued development of the Sm’algyax language program as part of her presentation.

The Board also made note of their work towards a Framework for Enhancing Student Learning, with School and District teams preparing in the coming weeks to review some survey data that has been collected.

School Trustees also relayed some background on the Amended Annual Budget for 2019-20, noting the approval  of the Budget bylaw on Tuesday. The total budget bylaw amount was $33,261,695, an increase of 5.0% from the original budget bylaw amount of $31,672,640. The increase reflects changes in expenditures in the operating, special purpose and capital funds.

Copies of the amended annual budget will be posted to the SD52 website shortly.

A wider overview of SD52 themes can be explored from our archive page here.

To return to the most recent blog posting of the day, click here.
Posted by . at 10:20 AM

Email ThisBlogThis!Share to TwitterShare to FacebookShare to Pinterest
Labels: SD52 Board meeting For February